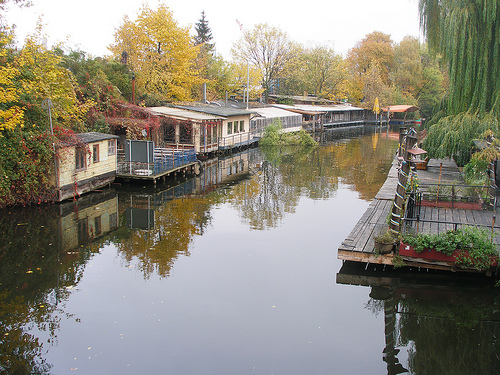 If you want to find out all about a city – its landmarks, historical buildings, bars, restaurants and accommodation – then there are huge numbers of websites and guide books you can reference, with the advantage of much of the content being written by ‘ordinary’ travellers rather than professionals with, perhaps, vested interests or hidden agendas. No matter how much information you take in, however, nothing takes you to the heart and soul of a city quite like the simple act of getting up and taking a walk around its’ streets.

Exploring a place on foot naturally slows you down to a pace at which you get time to notice the quirks and foibles which make it unique as well as allowing you to interact with the locals in a way which truly makes you feel part of the place. Not only that, but it’s also far and away the most eco-friendly means of getting to know a city. There are, of course, a few risks involved in getting around like this, but reassurance can be found in the fact that, if you were to suffer any kind of injury caused by the negligence of another party, then you may well be in a position to make a claim for compensation. Claims4negligence.co.uk is full of useful information on making a claim. That way, no matter what effect any accident has upon you, you can rest assured that it won’t leave you out of pocket, either in the short or long term.

It’s tempting, of course, to put yourself in the hands of fate and just stroll solo through a new place, choosing your direction by random whim. Attractive as this may seem, however, it does open up the chance that you’ll end up missing the best that a city has to offer. Haven’t we all had the frustrating experience of leaving it until the last day of a holiday to stumble across the perfect bar or street café? By far the best option is to take a guided tour of the city soon after you get there. That way, all the notable features and best factors will be pointed out, and you can spend the rest of your stay exploring safe in the knowledge that you have a firm bedrock of information to fall back on. The best tours of this kind are those given by residents of the city in question, since they combine passion, up to date relevance and an eye for the kind of quirky details that simply don’t make it onto the pages of the average guide book.

The following are brief guides to some of the cities that offer tours of this kind, and one thing they all have in common is the fact that they actually come free of charge, with participants asked to give a voluntary ‘tip’ at the end of the tour. Not only does this make them excellent all round value, but it also gives the tour guides an added financial incentive to ensure that they’re as informative and entertaining as they can be.

The three hour tour around the streets of this cultural powerhouse can vary slightly in the details, since any one can tour would struggle to fit in everything the city has to offer. Berlin manages to be a blend of historical significance and up to the minute hipness, and the average tour will cover the following themes and places:

Bohemian artists’ squats and thriving multi-cultural environs.
Stunning urban art projects.
One of the largest indoor skate parks in Europe, built in the imposing shell of a bombed out train depot.
The latest and best street graffiti.
Street markets and alternative shops.
Meetings with local traders and artists and tips on everything which the nightlife of Berlin has to offer.

An ‘alternative’ tour of an area such as East London will uncover the eccentricities and delights often missed by mass marketing and guide books. By combining an overview of the history of the area with a guide to its current cultural scene, this tour will knit together everything it has to offer into a cohesive and enjoyable whole. The ever changing street art will be pointed out, explained and discussed and interactions with locals will truly bring East London to life.

The stunning city of Bucharest has much to offer in terms of fascinating history and a tour will bring the turbulent events of the past back to life in front of your eyes. From the legendary Vlad the Impaler, inspiration for Dracula, through the communist era, up to the revolution of 1989 and beyond, everything will be covered at the same time as you delight in the architectural splendour and hidden secrets. 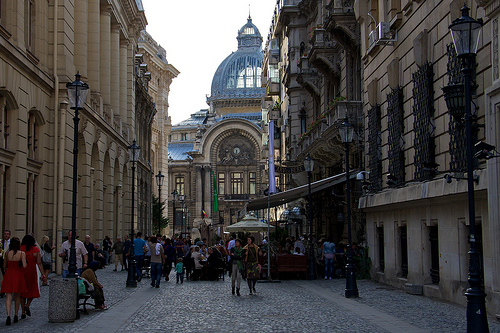 The question, when exploring a city as rich in cultural heritage as Dublin, is exactly where to start. The end, of course, is a little simpler, since it will invariably involve putting your feet up whilst supping a pint of Guinness. In between you’ll be guided round Dublin castle, Viking remains and the national Library, as well as being brought up to speed on the many writers who’ve called the city home and seismic historical events such as the Easter rising. All this, some of the world’s most famous pubs and the origins of U2 and we’ve still barely scratched the surface.