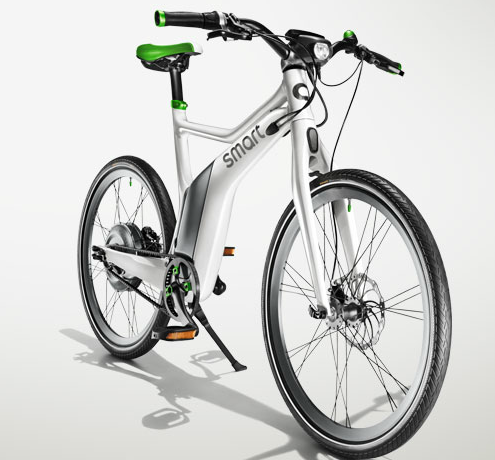 There are myriad reasons to ride a bike. It’s faster than walking, it’s greener than driving, and let’s face it – riding a bike is fun. But in terms of daily transport to and from work, riding a bike isn’t always the most efficient solution. You may not have the time to avoid driving, or the energy without arriving drenched in sweat. Or perhaps your commitment to the environment is more important than speed. Whatever the case, this month we present the solution to those problems, which also happens to be our Overland Vehicle of the Month: the eBike.

Now you don’t have to be tired upon arriving to work from insane amounts of peddling; you can just split the work between you and your eBike. While the speed of a normal bike relies entirely on how hard you’re peddling, the eBike lets you pick up speed before picking up your slack.  Equipped with an electric motor, this bike is just a normal bike until you’ve peddled enough to activate its electric thrust, at which point you can stop peddling and let the bike do the work for you. Not only you will enjoy a biking experience like ever before, but you can ride freely because there is no license required when you are riding this bike. As biking becomes more popular in some cities around the world than driving, a bike that helps cut down the energy it takes to ride can be an invaluable asset.

The harder you peddle the more Watts you generate, which will make your eBike faster than most common bikes.. The best part is, the bike’s batteries automatically recharge while you peddle your way around your neighborhood, meaning you never have worry about giving your eBike a break at home. If you build up enough speed, it may get hard to control your bike while moving faster than usual, and to this end there is a regenerative braking system that will continuously dump any excessive energy that may cause harm in case the eBike gets imbalanced.

The eBike comes in a variety of styles and models, so both your needs and aesthetic tastes can be met. Some of the standard models reach modest speeds of 32km per hour, but you can also customize a model with your desired Watts and kick into a higher gear than that. For those who love bikes for their eco friendly factor, this eBike is a step in the right direction, allowing you to enjoy a higher-speed vehicle with no damage to the environment. The eBike is available to “test drive” online and can be ordered and customized via the web as well. Prices of the innovative two-wheeled ride have a fairly wide range, giving people interested in riding one a better chance of fitting the eco-friendly battery bike into their budgets.

Motorized bikes, whether they’re Harleys or ten-speeds with a motor strapped to the side, are pretty commonplace the world over. But the eBike is one of the most innovative iterations of the eco-friendly motorized bike we’ve seen in a while. So check out this Overland Vehicle of the Month, and give it a test drive (in real life or virtually.) Whether you’re peddling to work or planning a two-wheeled adventure around the world, this is a pretty great option that isn’t going to weigh on the green side of your conscience.

Posted in Alternative Transport, Vehicle of the Month. RSS 2.0 feed.