Time for another overland vehicle of the month – sorry if we’re a bit late with this one!

Or, you can see Boston by duck.

The Boston DUCK – it’s a little bit car, a little bit truck. And one of the most famous ways to tour the New England city is on this unique amphibious landing vehicle. Concepted to give visitors a view of Boston by both land and water, DUCK tours hit all of the major historical landmarks around the city before driving right into the Charles River and continuing the tour by water. 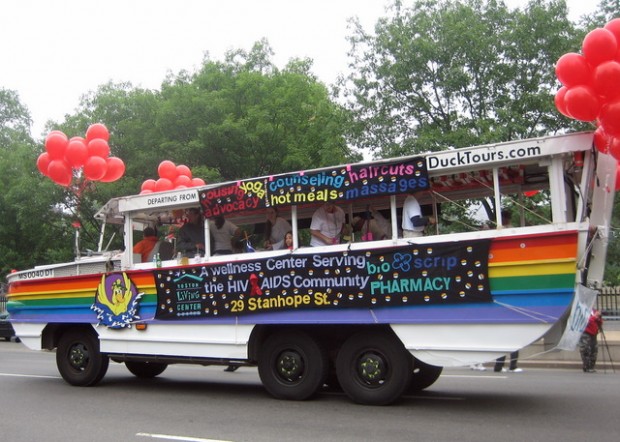 The DUCKs are owned and operated by Boston Duck Tours. The company has been “conDUCKting” tours for almost 20 years. That’s nearly two decades of duck-related wordplay. It’s become popular among tourists, but the company is also largely admired by Boston residents for its efforts to give back to the community through a variety of charitable activities, as well as for its commitment to educating visitors on the role of the vehicles themselves in American history.

The DUCKs are actually DUKWs, six-wheel-drive amphibious trucks jointly developed by the United States government and GMC during World War II. At the time, allied forces struggled to unload cargo and men off of ships in locations where there weren’t any docks. To allow the men to transport themselves and their cargo directly over the beaches, GMC developed the very first prototype of the vehicle by encasing one of its already-developed military trucks in a watertight shell. 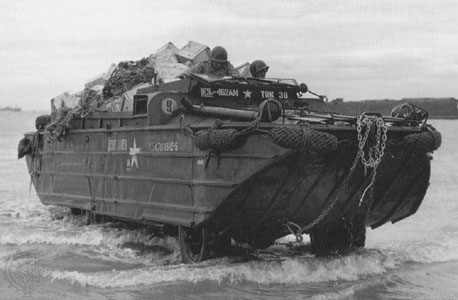 Improvements continued to be made on the original model until GMC, then still known as Yellow Truck & Coach, perfected the final product design based on its CCKW model. The vehicles averaged about 6.5 tons empty.

It didn’t take long for the DUKWs, which began to be referred to colloquially as DUCKs, to take off. By the end of WWII, over 40% of over-beach cargo unloaded at Normandy has been transported via DUKW. The US Military reissued the DUCKs during the Korean War, and the vehicles have also been used by French, Australian and British military forces. 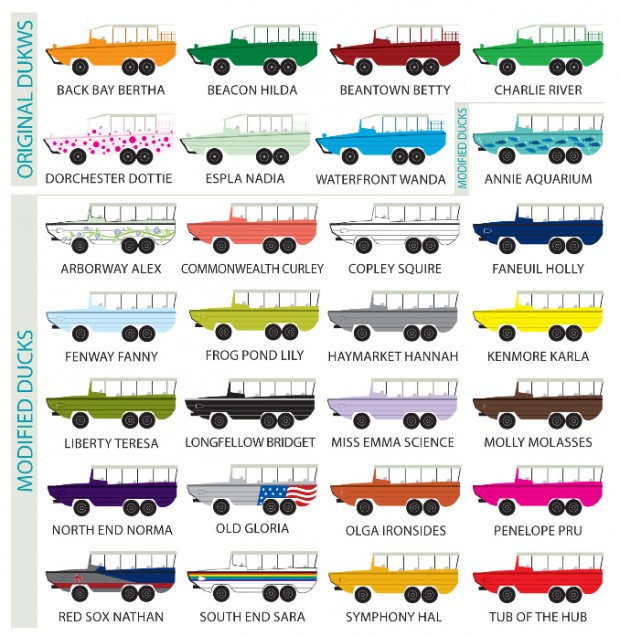 In Boston today, there are 24 DUCKs giving tours around the city, 15 of which are restored originals from the WWII era (probably best to invest in Good2Go Travel Insurance before you ride, just in case). In the last few years the originals, which were only designed to last through initial combat, have begun to be replaced by newer models designed more specifically for touring. But each DUCK, whether old or new, is given its own name and design ever since the first one arrived in Boston was named Beantown Betty.

Boston’s Museum of Science also hosts a special exhibit on the DUKWs used in World War II, including old photographs, posters and film footage. Included in the exhibit is another amphibious vehicle developed during WWII, the Seep, a smaller and less-produced land-water Jeep developed by the Ford Motor Company. Despite competition from the Seep and other models, the DUKW remains the most iconic amphibious vehicle in the world.

Posted in Vehicle of the Month and tagged with overland vehicle. RSS 2.0 feed.