Next up on our overland traveller of the week is Lash, a nomadic, expat American who’s been on the road continuously since 1998. Having started by bicycle in Thailand she’s followed her interest in nature, outdoor adventures, and cultural arts across Asia and beyond. You can follow her adventures at LashWorldTour and on Twitter.

I’ve worked it out to about 4 flights / year over the 14 years that I’ve been traveling nomadically. But it varies tremendously from year to year. Sometimes it’s just 1 RT flight in a year. Other times it’s 3-4 RT flights and/or some OW flights followed by overland travels.

I’ve been traveling continuously since 1998, so it’s kind of hard to define any separate overland trips as a separate entity. Sometimes I stay in one place a few months to teach scuba diving or other reasons, and then continue on. So I guess it depends on what you consider ‘a’  trip.

I’ve driven across the USA twice, from PA to CA and along the Pacific Coast. Both times I took 2-3 months to complete the journey, visiting National parks, hiking, camping, cycling and visiting friends/family. I guess they each count as one overland trip. From the Pacific Coast, each time I flew on to Southeast Asia and continued my travels.

As for cycling, probably my longest single, unbroken road trip was my ride from my hotel in Bangkok, down the east coasts of Thailand and Malaysia to Singapore. I think that was about 2000 km.

There are several times I’ve traveled exclusively overland around Southeast Asia through different countries for, say 6 months, before that was broken up by a flight.

Wow, hard to say! I love any mode of transport. I just like moving-traveling. I do love traveling by bicycle. I have total freedom from public transportation and on exactly where I want to go, at what pace, and how far each day.  I also love trains, especially overnight sleeper trains. I just think that’s so cool to lay in my own private curtained bed on a clickety-clacking train. 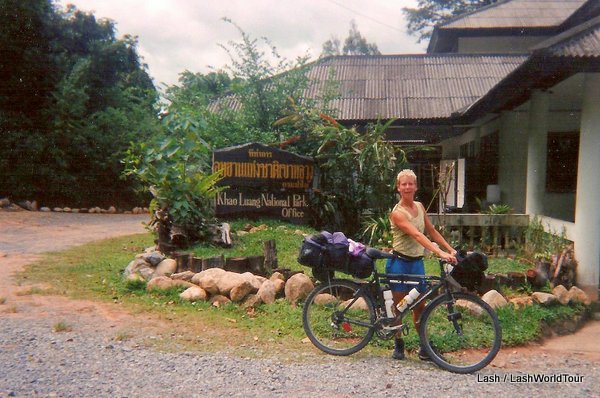 Again, very hard for me to define ‘an’ overland experience since I see my entire 14 years of travel as one continuous trip, and most of it is done overland.

Driving across the USA, visiting national parks, was really wonderful both times. I just love the great outdoors and the US is packed with simply astounding natural places. It was incredible having total freedom of time and choice of places to visit. I loved exploring S. Dakota’s Badlands, outback camping in Yellowstone National Park with my own geyser blasting at night while surrounded by bubbling mud pools. I hiked in Grand Teton Mountains, back country camped with elk in remote valley of Rocky Mountains N. P, ran up and down dunes in Sand Dunes, explored ancient Indians’ cliffside dwellings, was dwarfed by gigantic Redwood Trees, and enjoyed many other great adventures.

Ah, a very aggravating bus trip in Java, Indonesia from Bandung to Yogyakarta comes to mind. I think it was an 8-hour trip by direct bus. But in Indonesia, you can’t always get a bus directly from city A to city B. Instead, you have to go from city A to C, then C to D, and finally to city B. That takes infinitely longer, with waits between each bus, and dragging your gear on/off buses all day. I was determined to take ONE bus to Yogya, especially since I was somewhat sick from bad food and had way too much stuff.

I cycled to the bus station with all my gear, arriving early. I declined several buses that would have meant the city hop route. Finally, I boarded a bus that everyone at the station told me went all the way to Yogya. NOT. Despite my best efforts, I ended up doing the A to C to D to B thing. Man, was I pissed off! Worst of all, I arrived in Yogya 12 hours later, well after dark, and had to search for a guest house in a new city in the dark, while sick, angry and exhausted. Bad times. 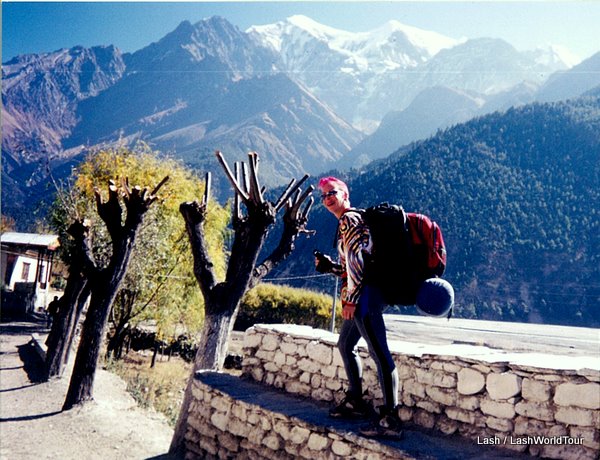