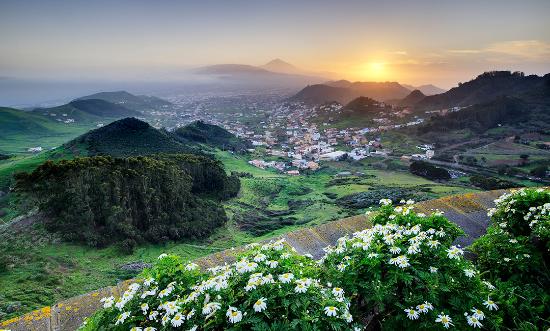 More than six million tourists visit Tenerife every year. Although, the number of people descending to this beautiful place might vary throughout the year, but the most tourists prefer to visit Tenerife during the winter season. The eye-catching beaches of this tourist destination is preferred by many to relax, and the exciting nightlife attracts fun loving people from around the world.

Tenerife is part of Canary Islands in Spain, which are also known as “The Islands of Eternal Spring.” When Neil Armstrong visited the harsh volcanic landscape of Tenerife he described it as the closest thing that he had seen to the lunar landscape. After receiving this comment from the first man to land on the moon, this comes as no surprise that Tenerife has been used as a location for films like Planet Of The Apes and Star Wars. However, once you reach this place you would realize that there is much more to see than its mesmerizing landscape.

Tenerife is great choice as holiday place for tourists who want to have some adventure and also enjoy a cultural visit. This place has deep green forests that combine with immense mountains to offer you the opportunity to explore the adventures of this region. Additionally, there are several museums that give an interesting insight into the history and culture of this region.

Winter season is the peak time for tourists to visit Tenerife, as the weather of this place embraces visitors with its winter dose of sun. Tenerife weather in January is suitable to throng in its beautiful beaches. Average day temperature in January is nearly 22 degree Celsius and average night temperature is nearly 15 degree Celsius. Therefore, tourists can easily roam this island in shorts and T-shirts during the daytime and would need a sweater in night. Weather of Tenerife in February is also quite similar to that in January as there is not much difference in the average temperatures of day and night.

Things you can do in Tenerife

Although, celebration of New Year’s Eve is amazing in Tenerife, but the main surprise is in-store for visitors on January 6. When rest of the world is detoxing from New Year’s effect, the people in Tenerife are preparing for the annual celebration of the Feast of the Epiphany. On this day, there is the Kings parade that goes through villages and towns of this island. The parade contains decorated floats, camels and motorbikes. This celebration is highly popular among tourists coming from across the world.

The Feast of the Epiphany is not the end of the celebration in Tenerife. In February, this island again comes alive as it gets ready for Carnival. The celebrations begin with biggest carnival in Santa Cruz, which makes way for comparatively smaller carnival of Puerto de la Cruz. These celebrations last for weeks and are packed to capacity and are extremely vibrant.

This island has many monuments like the Church of the Conception, the Cathedral of San Cristobal de la Laguna, and the Church of Conception of La Laguna. There are some archeological sites to visit, like cave paintings found on the south of the island, at places like Cambados.

The island of Tenerife offers plenty of attractions to its tourists all-round the year. However, the winter offers unique combination of warm sunshine and lovely beaches, which is something that you would rarely find anywhere else in this world.