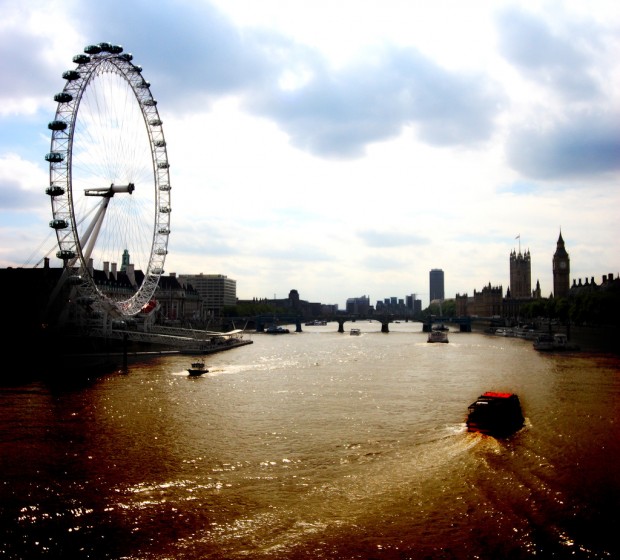 If you think about visiting the UK, you may think in clichés unless you know the country. So the Japanese, American, European and many other once-in-a-lifetime type tourists understandably head for London, Stratford on Avon, the Lake District, maybe York, Scotland, the Cotswolds, Wales and so on. And there’s nothing wrong with this.

But those of us who like to go a little off-beat in our travels may prefer a slice of the old-fashioned working class Britain which is disappearing fast before our eyes – or at least morphing into something completely different.

Thankfully, though, a few authentic vestiges can still be found here and there and they’re great fun.

Britain still has quite a few old-fashioned football grounds with their pies and Bovril stands and turnstiles set right in the heart of towns that were designed for people to be able to walk to when they were built over a century ago. But there aren’t many of these left.

Have a look at the guide to old football grounds, though, and you’ll still fund quite a few big names amongst those with old stands still standing including the likes of Liverpool, Everton, West Bromwich Albion and even Chelsea.

Darts is a huge sport in the UK – and the players are usually pretty big as well! Although darts is played all around the world, the UK is really where it’s at with the PDC Darts World Championship straddling Christmas and the New Year each year. This is held at the famous Alexandra Palace in London – the so-called “Ally Pally” by darts fans and the whole thing is just about as fun as any indoor sport can possibly get.

The crowd have a ball each year and the tournament in prospect this year is held on the 18th December, with the final on January 4th looks to be the most interesting for many a long year. That’s because the grand old man of darts, Phil “The Power” Taylor, now 54 years of age, and the young Dutch upstart Michael van Gerwen, aged 25 and winner of last year’s event – look set to fight it out between them. This may be the end of one era and the beginning of a new one for the sport as Taylor has dominated darts now for more than two decades. But he’s not hung up his darts yet. Currently, the betting exchange Betfair punters have made Taylor the marginal favourite to win his 17th darts world title 2/1 at but van Gerwen is not far behind, priced at 9/4. It will be hugely exciting – and it’s always fun.

If you can get tickets to the event, you’ll see the UK at its most kitsch and “Carry on” best – with fans dressed up in all manner of costumes and make-up and all having a great time as befits the whole ethos that surrounds this wonderful sport that doesn’t take itself too seriously.

To carry on in a similar vein try visiting the famous old seaside of town of Blackpool at any time of year – but particularly during the summer months. But do prepare to be shocked. Blackpool has to be one of the bawdiest resorts on the planet and is peculiarly British. There’s no other place like it anywhere – not even in the UK.

For unhealthy food, too much to drink and not taking life too seriously for a day or two – then Blackpool is really where it’s at. These days, the resort has become increasingly popular with stag and hen parties and young people visiting the town in an ironic sort of way – alongside the more traditional visitors. But if you really want to sample the British working class at play – a day out in Blackpool in the summer will truly open your eyes to what it’s really all about.

Going hand in hand with Blackpool and darts is bingo. Bingo has been a popular pastime in the UK for well over a century. It really found its home in both the seaside resorts around the country and the working class-dominated industrial towns of the north of England in the years that followed the Second World War – peaking during the 1950s.

Since the advent of the internet and the wider social opportunities presented by modern life, real bingo has been in a steady decline but is still hugely popular with ladies of a certain age who still like to turn up and get their ‘eyes down’ and have a laugh and chat whilst doing so. These days, the bingo halls can’t be smoke filled as they once were – courtesy of the smoking began in public places. But many of the ladies still enjoy a drink and playing a little housey-housey. But make no mistake – this is all about socialisation.

Lastly – try to pay a visit to a Rugby League match. This is one of the last bastions of English working class culture and is dominant along the M62 Motorway corridor anywhere between St Helens to the west and Hull to the east (though interestingly not so in the major cities of Liverpool and Manchester). Rugby League split away from Rugby Union in the last 19th century mainly because the people behind the sport in the northern industrial areas thought it right that players be compensated for time away from work. This was in an era when amateurism in sport still dominated.

Consequently, Union became the gentleman’s game whilst Rugby League became the working class’s rugby sport of choice and though both codes are now professional – it remains largely the case.

Go to any big Rugby League game and have a drink or two before, during and after the game – and you’ll soon see how much fun it is – but almost invariably in a good-natured sort of way. This is sportsmanship and fun at its best – and you’ll see it here more than anywhere.

And this is very much the theme here – pure unadulterated fun – without any pretentiousness, so come on and “Carry-On”!