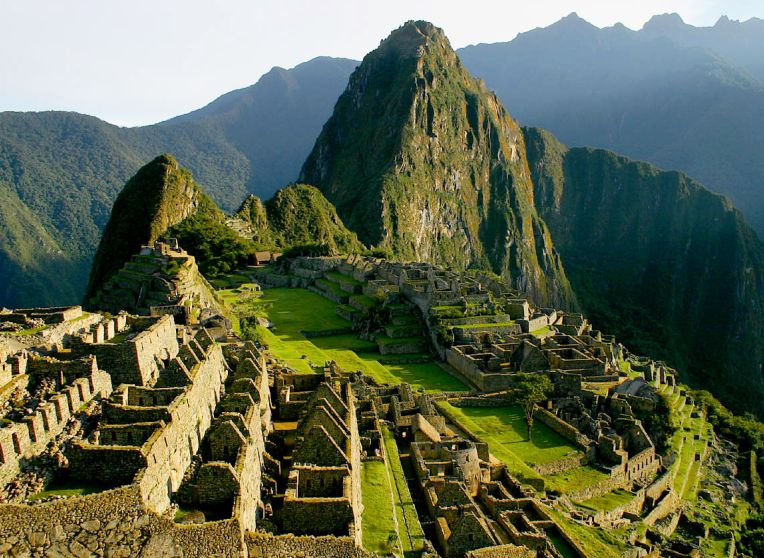 The awesomeness that is Machu Picchu

Amazing creations of man and nature, there are a few places on earth that one must simply see to believe. Yes every country has its own special spot, yet some are simply out of this world, having the captured human imagination for a long time.

Make no mistake. Travel to these and you won’t be disappointed. Here’s DontFlyGo’s list of the top six ultimate travel destinations you must see before you die. Do you agree?

A creation of human ingenuity and sheer brilliance, Machu Picchu was developed by the Incans around 1400 B.C. Located 2430 meters above sea level, it is situated amidst a lush mountain forest and is a prime example of the progressive nature of civilization.  Beset with ramps, terraces and walls carved out of rock faces, this sight was created at a time that bulldozers and jackhammers were unknown, standing alone as an example of sheer beauty, creation and innovation.

Home to one of the world’s richest mineral bases, the pristine waters of Carrera Lake are something very removed from the ordinary. The mesmerizing shades of water in turquoise, azure and aquamarine blue are enchanting to say the least. Surrounded by rock and lined by marble – which has assumed a breathtaking form due to the water’s action – the lake is rich with salmon and trout and is a great place for people to kick back and be at one with nature once again.

One of the most beautiful places in the world, Ha Long Bay is situated among a group of 120 islands of different shapes and sizes. Host to some of the most diverse aquatic ecosystems in the world, Ha Long Bay has various fresh water lakes, swamps, coral reefs and mangroves. The bay comes with a legend which says that dragons descended from the heavens and spat out jewels and jade to protect the people and the land. Be it mythical or natural, this place holds an interest that’s nothing short of captivating.

Home to world famous mountain monasteries, the whole area of Meteora is shrouded in mystery and myth. The sheer brilliance of construction involved in these monasteries is worth seeing at least once in a lifetime. A site with a very rich presence of history and innovation.

Facing the coastline of Capo di Sorrente, Positano is a very chic and luxurious town that caters to a large variety of traveller every year. One of the must-sees of Italy, the town is resplendent in its glory and beauty and yet manages to exude an old world charm and intimacy which these days is tough to find.

The highest waterfall in the world at a height of 3212 feet and a plunge of 2648 feet, Angel Falls captures the attentions of even the most ardent stay-at-home-traveller. The sheer majesty and scale of the site is unprecedented and most powerful and one major reason why you have to see it before you die!

So what did you think? Did we miss some spots you deem more worthy? Let us know in the comments below…