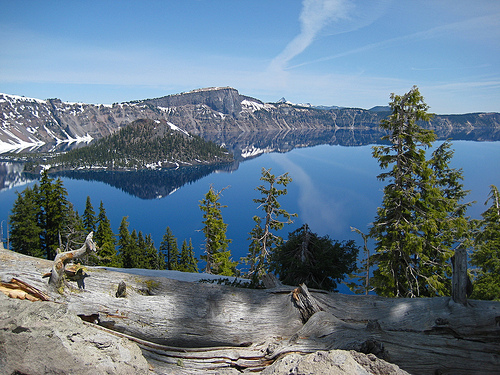 In March of 1872 the United States Congress established Yellowstone National Park in the then territories of Montana and Wyoming. According to the National Parks Service it was to be used as “a public park or pleasuring-ground for the benefit and enjoyment of the people”. Thankfully places like this were established to preserve the beauty of nature and wildlife in a nation. This began a worldwide national park movement and since that time over 100 countries have established some 1,200 national parks or preserves like Yellowstone.

The National Parks service of the United States now comprises nearly 400 areas to be enjoyed by the public. Consider visiting these few on America’s west coast as part of your 2013 efforts to travel green!

If you prefer hot and dry, this 3.3 million acre area is the land of the extremes. In this below- sea- level basin temperatures can reach 120 degrees F. Rare rainstorms give life to vast fields of wildflower.  Towering peaks are dusted with winter snow. Despite its name, Death Valley is home to a great variety of life. At 282 feet below sea level Badwater Basin is the lowest point in the western hemisphere.

Far north in the park hidden in the green oasis of the Grapevine Canyon is a Scotty’s Castle. The home provides a look into the past as the roaring 20’s and depression era of the 1930’s. Learn the story behind Scotty’s Castle during tours of the attraction.

Death Valley is home to several ghost towns. With many mines in the area, these places were once peppered with life. Once resources ran dry these towns became abandoned. Now several places like Ballarat and Greenwater are waiting to be explored.

Named for the Joshua tree this 800,000 acre national park offers all the outdoor adventures one could hope for. This park was set aside to preserve the unique natural resources brought together by the junction of three California ecosystems. The Colorado Desert, the Mojave Desert and the Little San Bernardino Mountains allow for diversity of plant life and wildlife.

The park has 12 self-guided nature walks in addition to ranger guided hikes, walks, and campfire talks. Stay in one of nine campgrounds with tables, fire grates, and toilets. Or rent a room in a hotel in a nearby town. If you want to explore another great city in California take a short road trip up north because there are so many great things to do in San Francisco.

A unique place that combines a deep blue lake, the deepest in the United States, surrounding cliffs at 2,000 feet in height, and violent volcanic past. Crater Lake was formed when Mount Mazama erupted 7,700 years ago, causing the mountain to collapse and form a streaming caldera. Centuries of rain and snow melting have given this lake some of the clearest freshwater in the world.

Visiting Crater Lake National Park is best done in the summer when one good day is followed by the next. Trout and salmon fishing in the lake is a popular past time. The Crater Lake Science and Learning Center is a place to better understand the parks resources that are trying to be preserved.