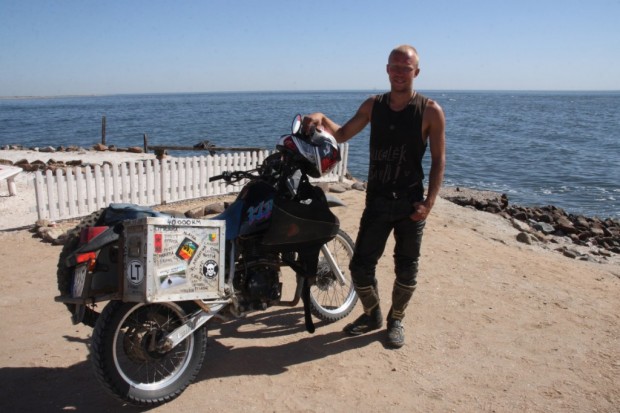 Namibia, Walvis Bay, before the crossing, 2010

Since July 19, 2009, Marius Reika has been traveling the world. The goal? To go around the planet by land and water only, crossing the oceans by water, without paying for passage. Leaving Lithuania on a 20-year-old motorbike, Reika planned to get as far as South America and see what happened next…

Hey Reika, thanks for chatting to us! How did this whole journey start?

I was coming from Lithuania on a 20-year-old motorbike, going to South America with the plan to depart from Spain on a cargo boat. The idea was to work and not pay for the passage. Well, a year later, I ended up in Namibia with pennies left and had to sell the bike, and miraculously found a yacht departing for Brazil a couple of weeks later (July 2010).

We had to switch boats in St. Helena because of an argument with the captain, and departed for Cape Verde. After two weeks of trying to hitch a yacht I ended up in a small motor boat going to Guatemala. I ended up leaving the boat in French Guyana due to engine failure. Old school style!

Some story! So what was your favourite place?

Cabo Verde, island of San Antao is one of the greenest islands of the archipelago. Hell knows why it’s called Cape Verde! Fabulous landscapes, great treks, few tourists, great climate! It reminds me of Machu Picchu, without hordes of tourists. 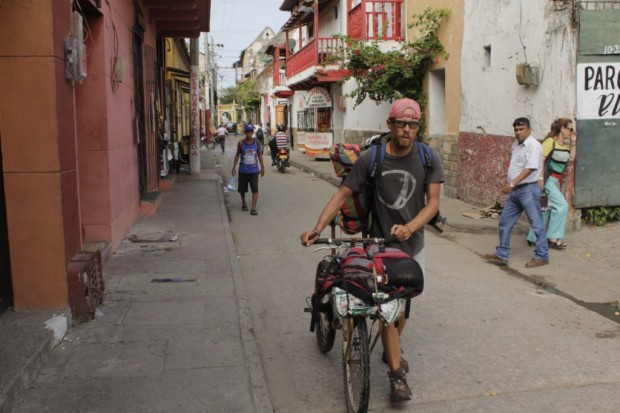 What was the worst moment for you so far?

On the way to St. Helena we ran into a storm. It was my first storm at sea, and the captain said: “We reach St. Helena tonight or we die.” We were still 600 miles short.

Obviously we didn’t die but neither did we arrive. Our autopilot broke and we had engine failure, and it eventually took 19 days to get there instead of the 12 we’d planned.

And quickly, what was the best?

The whole voyage across the Atlantic was the best moment, storms and all, dolphins jumping alongside the boat, jumping off and swimming right in the middle of the ocean, the flying fish, getting to steer the boat, everything! 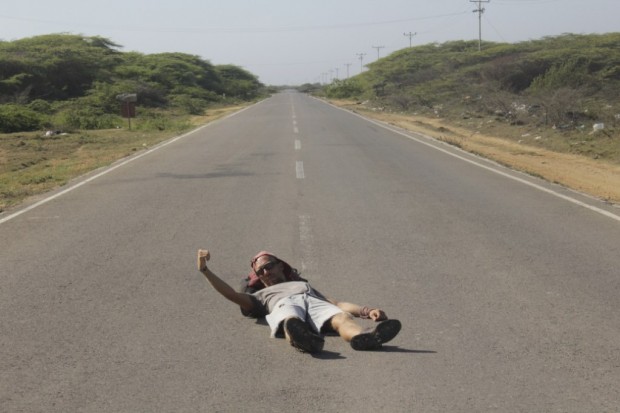 So what happened in St. Helena?

It turned out the captain had violated international marine law (according to the police). So, the captain and I were put in jail, which had only nine criminals total including us. I had a private cell with shower and toilet, National Geographic and hot food and coffee. The captain was in the other part of the jail. Eventually I was left stranded on the island, which has very strict immigration rules and is one of the most difficult places to access in the world. It has no airport and only one ferry that comes from South Africa.

The captain refused to pay, and I had too little money to buy a ticket out (it was $1000 to Cape Town, where I would have been put in jail immediately for not having a visa). Also, I was going to South America, not going back to Africa! We both ended up in jail for the night as the cops didn’t know what to do with us. In the middle of the night, a Belgian captain took pity on be, got me out of jail and in the morning we left for Cabo Verde. This was a huge detour from Brazil but in the end was a great experience! 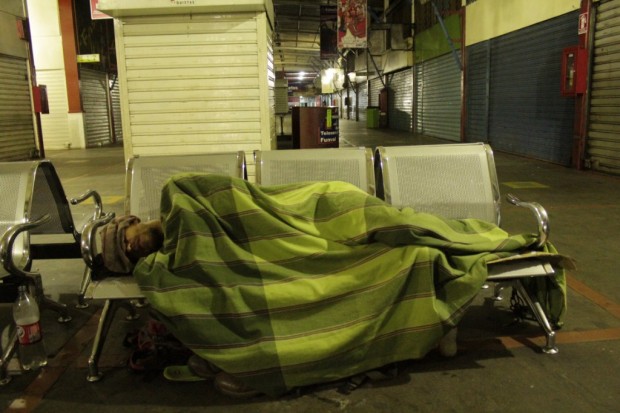 Right, so aside from avoiding jail, what advice would you give to other people trying to hitch their way across the Atlantic?

Find out the sailing seasons first. Then get to a well-known departure point, like the Canary Islands if you’re going to South America. Go to the marina everyday and talk to the captains, advertise what you’re trying to do. Make some friends in the marina that can help you out. It’s not easy, it might take you weeks, but that’s part of the fun. Or, just take a flight and lose all the adventure.