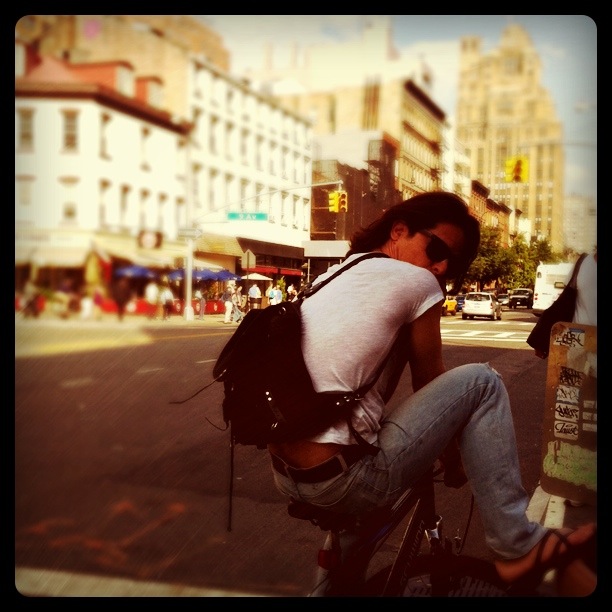 The delay in New York’s launch of its citywide bicycle share program is really starting to grind people’s gears. Last year the bike share idea was the talk of the town. If cities like Paris, Barcelona and Montréal could employ one then why not New York? In 2011, an estimated 20,000 New Yorkers biked to work every day. And despite considerable grumbling among the Manhattan masses that a bike sharing system would be costly and dangerous and largely unnecessary, the project was green lit and set to be launched April 1, 2012. New Yorkers aren’t fond of delays. My tenure in that city was regularly punctuated by viscous diatribes regarding long lines at Starbucks, delays on the 6 or a water glass that took minutes to be refilled. Patience is a virtue residents of New York are not known for. So when the bike sharing debut was pushed back until August – and then to September – residents quickly began to get ornery. Then last month a press release was issued declaring the new launch of Citi Bike for March of 2013, and the tepid faith New Yorkers had lent to the project seemed irreparably broken. But before we hang up our helmets on this whole thing, I’d like to ask New Yorkers to take a step back and reconsider the point of the project in the first place. Every day over 600,000 cars drive into lower Manhattan, and it’s a jungle out there. I love driving in the City! – said no New Yorker, ever. I’m from the tristate area and am still too terrified to venture much further than a couple blocks off the FDR while driving. That’s why we have subway lines (roughly 26 of them, depending on how many are experiencing delays, please divert to lower 5th, here we go again…) 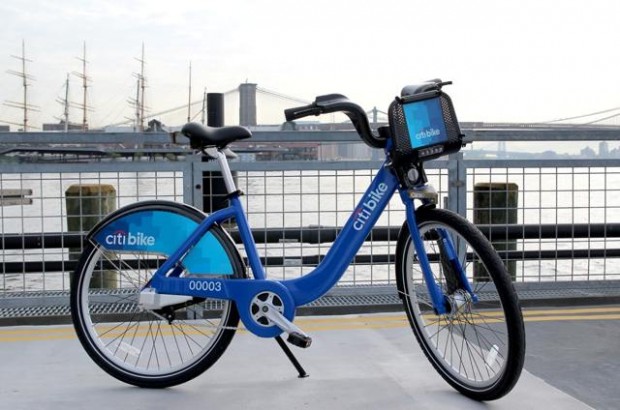 So the driving is notoriously insufferable, the subway system notoriously unreliable. To that end, Mayor Bloomberg has had over 290 miles of bike lanes installed throughout the city in the last 10 years. That would’ve been swell if I’d owned my own bike. But, like most New Yorkers, I lived in an apartment roughly the size of the coffee cart around the corner, and making space for a 10-speed would’ve been harder than passing ObamaCare. Enter bike sharing, an increasingly popular urban method of public transportation. The concept is fairly simple – ubiquitous bike stations are installed throughout a city and equipped with public bikes. You sign up for a membership, check out a bike at the nearest station to you and deposit it at the nearest station to wherever you need to be. 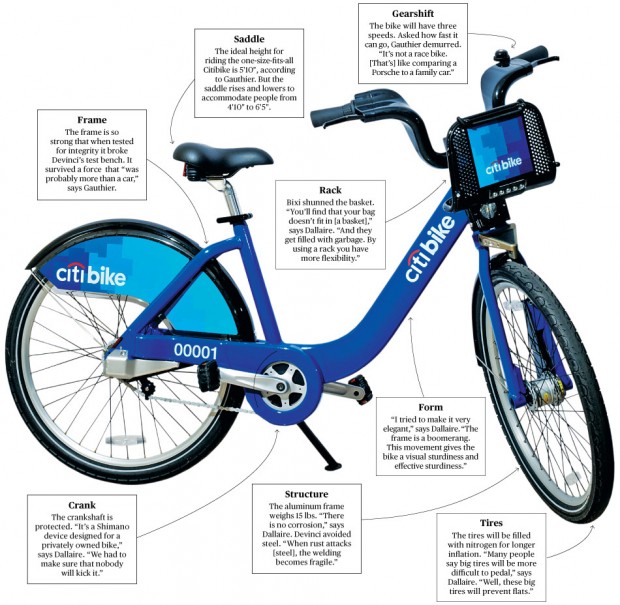 There are two reasons I never liked biking around New York City – too much car traffic and too much pollution. In my daily pessimism I’d expect biking around the city would leave me looking and feeling like a chimney sweep. In my severer fantasies I’d never make it to my destination, having been run over by a taxi or a runaway fruit cart. I’ll concede that bike sharing likely won’t decrease my chances of death by mobile produce (out picking up The Times, naturally,) but I can’t argue with the logic that biking instead of driving reduces the amount of cars on the road. In fact, the bike sharing system in Washington, D.C. is estimated to reduce driven miles around the city each year by 5 million. I left New York to move to Barcelona, which has its own bike sharing program, Bicing. A recent study revealed that Bicing reduces carbon dioxide emissions every year by more than 9,000 metric tons. The air is cleaner. The streets are clearer. And cruising around town on a 3-speed, I get an endorphine-fueled rush that makes me feel like a kid. I’m happier, cleaner, safer. If I have to wait until March to be able to say the same thing about New York, it’s going to be worth it.

For discounts on many of the city’s major attractions including the Rockefeller Center Tour and Central Park Zoo get your hands on some New York Pass coupons here.

Posted in Alternative Transport and tagged with New York, The USA. RSS 2.0 feed.