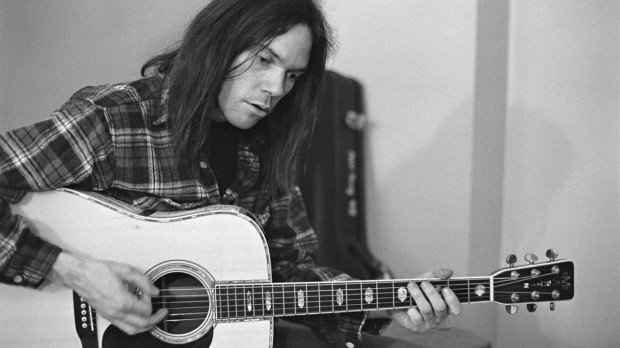 Old school rock and roll is alive and well across America and Canada this fall as new Neil Young goes on tour again with his legendary backup band Crazy Horse. The tour has already kicked off with a few shows at San Francisco’s Outside Lands music festival and Colorado’s Red Rocks amphitheater. Neil Young Tickets range from $47 to $255. A dollar from each ticket goes to fund Bridge School, one of Young’s charities.

The band will be touring across the U.S. and Canada at least through early December, with a break during September. Neil Young will play a pair of charity concerts during September. The bulk of the tour starts October 3. Los Lobos and Patti Smith are taking turns opening for the rock icon.

The tour features the first joint concerts between Young and Crazy Horse since March, 2004 when their Greendale tour concluded. The band is on the road now to support their recently-released album titled Americana and an untitled reunion album.

Americana was released in June. The album takes traditional folk songs and turns them on their heads. With typical Crazy Horse ferocity, the lilting melodies and lyrics that are embedded in the American subconscious are stripped of their pretty trappings. The gritty reality behind such ditties as Oh Susannah and Tom Dula is laid out for all to hear. At their core, these folk standards are not happy songs. They are about loss and despair and death.

The other album, which has not yet been named, contains all new material from the collaboration. At least one song is over 20 minutes long, and the album likely will have some instrumental and jam-style sections.

During the first few concerts in August, the playlist included both old and new material. At Red Rocks, six numbers were new material. They will likely be on the untitled album due out in October. Walk Like A Giant, a long nearly free-form tune, has the enraged yearning lyrics of classics like Old Man and The Needle And The Damage Done. Born In Ontario is more upbeat, although there are hints of loss in those lyrics as well.

The band covered classic material as well as new tunes in their shows. Hey, Hey, My, My (Into The Black), Powderfinger and The Needle And The Damage Done have been on every playlist to date.

The tour picks back up in earnest in October, with several stops in Ontario, Canada. The tour moves back to the U.S. with shows in Cleveland, Pittsburgh, Chicago, Austin, Tulsa, Los Angeles, New Orleans and Seattle before heading back to Canada. They’ll play Vancouver, Calgary, Saskatoon, Winnipeg, Montreal and Ottawa before concluding the tour on the east coast. After playing Boston, New York’s Madison Square Garden, Philadelphia and Fairfax, the tour ends with a final show in Bridgeport.

If the recent shows are any indication, Neil Young tickets still have the power to attract large crowds. This is testimony to the strength of the new material and the longevity of their stage performance.