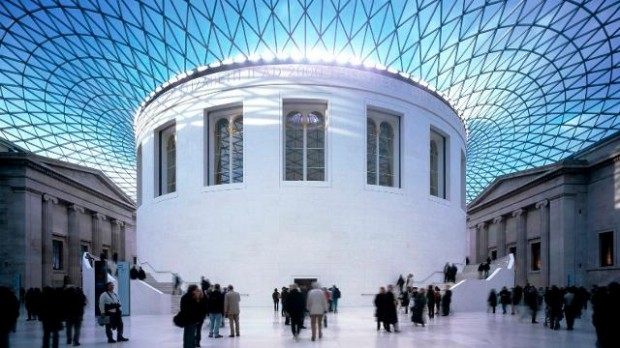 For some individuals holidays are not about relaxing on the beach and soaking up the sun, they are seen instead as an opportunity to explore another country’s history by visiting some of the institutions that showcase its culture.

Every major country will have a museum that has become a national institution, and there is a good reason for this. Such museums provide a comprehensive and in-depth review of a country’s entire history, not just selected periods.

In England, one such institution is the British Museum. Located in the center of London on Great Russell Street, the British Museum was founded in 1753 and has the distinction of being the first national public museum to be opened anywhere in the world. The collection includes artifacts from ancient cultures, including the Babylonians, Egyptians, Romans, and Greeks, as well as major British discoveries, such as the excavation at Sutton Hoo in Suffolk that revealed the Anglo Saxon ship burial and its treasure hoard. The museum is also the home to the world-famous Rosetta Stone. The museum is divided up into sections, so if you only want to view items from a certain period in history, it is easy to find them.

America has The Metropolitan Museum of Art, credited with being the largest museum in the West, as well as being the most iconic in terms of its artwork. The museum is home to art created by the Great Masters, including Rembrandt and Van Gogh, as well as modern artists, such as Jackson Pollock and Noguchi. However, there is not just art on display; there are also dazzling jewelry displays and costumes, as well as an Egyptian temple in its entirety. This is something for which the museum is famous, recreating entire rooms and vistas from history, such as a Roman villa bedroom and a Ming Dynasty garden court. Like the British Museum, you can choose to visit only those areas that interest you, which is just as well, as it would take more than a few days to see everything this museum has to offer.

The Vatican Museums in Rome house the best collection of Christian art anywhere in the world. Collected by the Roman Catholic Church over hundreds of years, the Vatican’s collection is housed in 54 galleries where art created by Michelangelo, Raphael, and Bernini is displayed. Here, you can see some of the most famous and iconic artwork in the world.

The ceiling of the Renaissance Sistine Chapel and The Last Judgment by Michelangelo must be seen, as well as taking a walk through history by visiting the Borgia Apartment and the Apartment of St. Pius V. However, as the museums are situated at the very heart of Catholicism, they are sometimes closed for religious ceremonies and festivals, so visitors need to check opening times.

These museums are so impressive they are sure to interest even those who have only a cursory interest in history. The children in the numerous school groups that visit benefit greatly from the experience.

As the most important museums are in the world’s major cities, planning a school trip, or even a holiday, should be easy using Flights.com for the travel arrangements. Forget the sun; soak up some history.