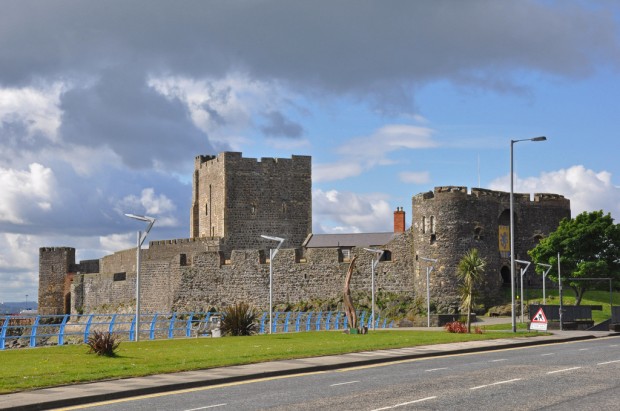 Sometimes at DontFlyGo, we like to cover the slightly odder side of overland travel. This is why, in todays post, we want to talk ghosts and ghouls.

No. This isn’t a throw back to our days hitting up the Nintendo, but rather, in homage to our ancestors of old,  we want to morbidly revisit their overland shenanigans.

So if you have an interest in the macabre and want to learn more about the history of Ireland, there’s no better way to satisfy both urges than by visiting some of its haunted castles.

Grey, dark and gloomy, Leap Castle is Ireland’s most haunted, according to many. In 1532, a warrior slayed his priest brother during High Mass in what is now deemed the “bloody chapel.” The dungeon was the site of torture, holding hidden spikes that came up out of the ground to greet those who fell through the trap door to meet them. Perhaps most frightening are sightings of a being deemed an “It” or “Elemental,” a small evil figure reeking of sulphur, with dark pools for eyes in an almost-but-not-quite human face.

Located in Northern Ireland’s County Antrim, Carrickfergus Castle sits high on a rocky cliff and has outlasted sieges from the French, Scottish, Irish, and English over the centuries. Although there are many ghosts who are said to walk its medieval halls at night, one of the most prominent is named Buttoncap, the spirit of a murdered young soldier.

Built by the McCoughlan Clan at the beginning of the 16th century near Shannon Harbour, Clonony Castle can be easily reached by flights to Dublin. Mysterious lights and odd sounds are par for the course in this haunted home, but the star attraction is a tall, skeletal figure in old-fashioned clothes who can be seen at the top of the tower surrounded by an eerie glow. He has also been spotted driving on the road leading up to the castle on more than one occasion.

One look at the romantic ruins of Killua Castle, built in the 18th century, and it’s not hard to imagine it being haunted. There’s a white ghost who protects the property, joined at times by the ghost of Jacky Dalton. Dalton was a land steward who was believed to have stolen money from his master, only to spend it all on booze and then commit suicide in a nearby lake.