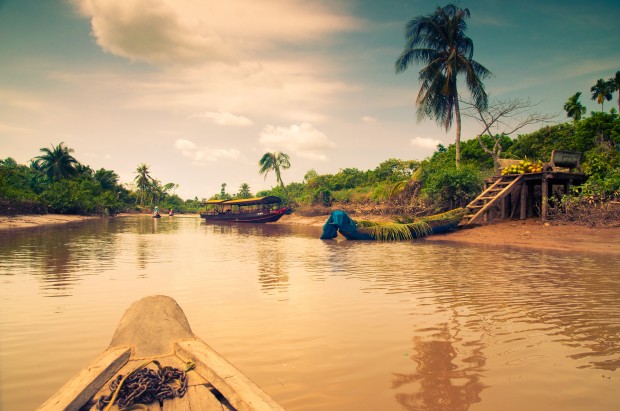 DontFlyGo.com has been fighting the good fight for sustainable and ecologically sound modes of transportation since its inception. And while the site has increased in scope to talk about many different methods of travel, the overarching ethos has remained the same. We are keen advocates of ground transportation.

But while we believe responsible travellers and holiday makers should always look to make plans around alternative modes of transport to commercial airline travel, we appreciate it’s not entirely easy. 2013 was another great year for air travel, with more than 3 billion people criss-crossing the world on flights. What that communicates is that the lure of air travel is as big as ever.

This article provides some reminders about what options are out there in terms of ground transportation. Although it’s a tough fight to fly the flag for these transportation modes in the face of the glamour of air travel, it’s definitely worth a shot. Here are some of the key ways we hope you travel in the year ahead.

”Train travel is a great way to experience local life and culture. Taking the train in the UK is really a fantastic idea, since there is a comprehensive railway system in use there that allows travellers to reach almost anywhere.”, says Naren Shaam, CEO & Founder of GoEuro.

We definitely agree. Train travel, whether done across Europe or any other continent, is simply one of the best ways to travel. Not only does it open you up to a slower, more picturesque way to see the landscapes and geographical features of a new place, it’s often a lot more cost effective too.

One of the more popular things are readership recommends is looking into InterRailing, crossing the many countries of Europe via an internationally recognised train pass.

In many ways, exploring Europe via its many train routes and systems has become something of a rite of passage for young adults looking to learn more about the world. But that’s not to say it’s not a useful mode of transport for adults too. And for the rarity that is Americans taking trains, well, it’s worth everyone looking into. At least once!

This site has been profiling interesting alternative land vehicles for some time. Championing road travel, with the series of articles we have discussing it, has always been something high on our agenda. Seeking to remind you that road trips deliver a travel experience like no other is not something we’re strangers too.

Just look at the amount of films and other cultural works of art that support our ideas. If road trips weren’t as magical as the zeitgeist suggests why would they continue to be so wildly popular? Even today?

The fact of the matter is that taking a road trip is easier than ever. With car rental prices dropping, and areas of social networks dedicated to planning these types of trips by bringing car poolers together, 2014 might be the best year yet to drop wings for tyres and hit the open road.

When friend of DontFlyGo.com and past interviewee Niall Doherty recently wrote about his plans to travel from Asia to South America entirely by sea we proudly applauded.

Although Niall’s travel plans, to travel from Japan to Chile via ship, hardly suggest an emerging trend among young, intrepid travellers to traverse continents in this way, they are impressive to say the least. A month at sea is big feat for anybody. Especially considering how he won’t be able to easily keep up with his online based work endeavours from the remoteness of a lonely cabin with no high speed internet connection.

Still, travelling across the sea is still a big option for travellers looking to do things a little differently. Rock up in any European port with the intention to lend your labour to the crew of a yacht, like this guy did, and you’ll be surprised where you might end up. The same can be said for scoring work on cruise ships, just as popular travel blogger Wandering Earl did when he first started out.

But there’s more to sea travel than the options suggested above. It’s also possible to hop on ferries across Europe as well as vessels busy crossing rivers, canals and small areas of ocean in continents like Asia, Africa and North America too. It all takes is a little research to see what options are out there. And it’s well worth investigating too. Especially given the fact that travelling in this way provides a more immersive, slow experience than simply jetting out of one place and into another.

Check out travel guides, literature and books to find out more about how you can travel in this way. Blogs, like those of the people aforementioned are good resources to use when making plans.

DontFlyGo.com really hopes you start exploring what ground transportation can offer in the year ahead. Given the economic costs, and not to mention environmental costs of global air travel, it’s worth considering.

Let 2014 be the year of alternative travel.