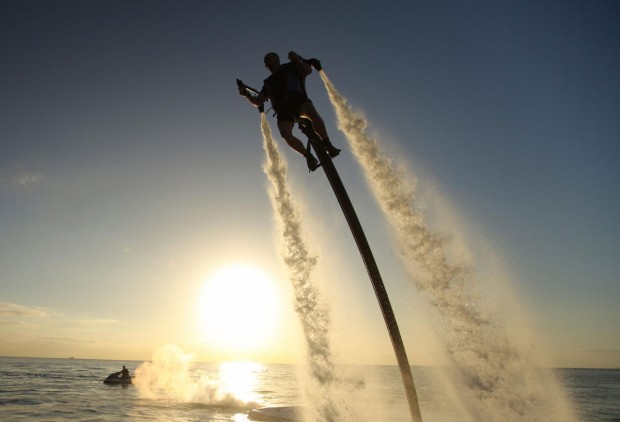 Is it a bird? Is it a plane? Well actually, it’s neither of them! It may not quite be Superman either, but these examples of unique ways to fly solo utilise some super advanced technology and investment going into them. Ever wanted to know what some of the coolest and most technologically advanced ways to take flight through the sky are? You’re in luck because we’ve pulled together this most useful of lists for you – read on!

There are a few of these high-powered water jet packs on the market, including the Jetlev-Flyer, which can hover up to 8.5 metres high and cruise at 30mph. You can fly for up to 3 hours on one of these impressive machines. The Flyboard by Zapata has jets on the feet and handheld jets, which allow much versatility to perform spins, flips and other tricks. Flyin’ with style! 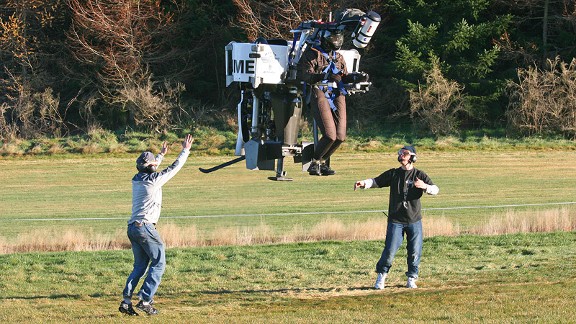 The Martin Jetpack was recently flown at 5000 ft., but its inventor (Glenn Martin) says that it can theoretically fly as high as 8000 feet, fly for up to 30 minutes with a full tank of fuel, and reach speeds of 60 mph. The consumer price is around $100,000 and expected to go on sale from 2014!  Better start saving now. Another easy way to get around by sky is to opt for the hang glider. The flyer is in this case harnessed to a fixed aluminium frame, and shifts their body along the frame to direct them and make turns. Usually launched by foot from a high point, this has to be one of the best ways to view the world from above.

Also known as bat-suits or flying squirrels, wing suits are popular amongst BASE jumping and sky diving enthusiasts. These suits create more surface area, and hence more drag through the air which gives the flyers more control and horizontal flight, after which they descend to ground by parachute. Hands up, who fancies giving this a go?

Paresev was an experimental aircraft made by NASA in the early 1960’s which was used to investigate how to descend from high altitudes safely. Neil Armstrong, the first man on the moon, used this vehicle to investigate landing spacecraft similar to the Gemini space capsule. Similar to a wing suit in that the flyer is free falling, but this time with the aid of a fixed wing which adds drag and more horizontal movement capabilities to the fall. If you’re feeling really brave, some of these sky diving wings also have known to be equipped with small jet motors on them! 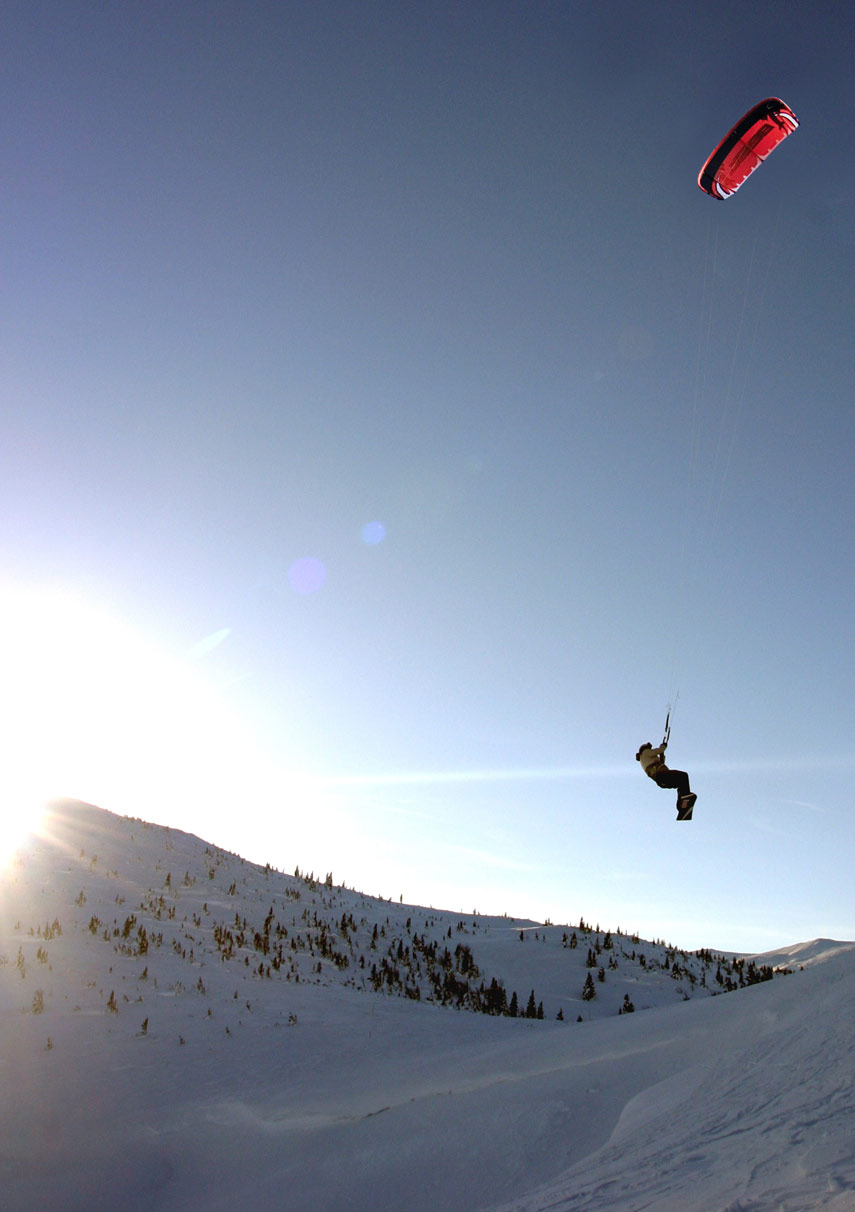 Similar to kite boarding but this time exclusively in colder conditions, Snow Kiters use a snowboard or skis to fly down mountainous slopes. Who knows how potentially dangerous this could be, but you could descend a mountain pretty quick!

Flight descents by paragliding usually last an hour or so and cover tens of kilometres, but can last even longer than this. Experienced gliders can launch from high peaks, as well as use hot streams of air to propel themselves upwards and prolong their flight time and altitudes further. Powered Paragliding uses a paramotor, similar to a large fan on the flyer’s back, which can also be utilized to increase flight times and distances. Remember to pack an emergency chute! Although not strictly a one man vessel, this 2 seat aircraft is impressive enough to be worthy of a mention! This vehicle has both wings and wheels so can fly as well as be deemed roadworthy. The wings can be tucked into the side to be driven like a truck on the road and has even been deemed fly-worthy and been approved by the FAA. Inspired by some of Leonardo Da Vinci’s drawings of a flying machine, this is the innovative one man helicopter. This flying machine weighs 75kgs, can travel at 31 mph and is equipped with two rotor blades spinning in opposite directions of each other. Commuters; ditch your high emission cars or unreliable public transport and invest in your very own personal helicopter!

Kite surfing combines wakeboarding with a kite, which means you can travel by sea or sky. You can perform a range of spin and grab tricks with this set up, as well as fly over some insane gaps – Check out some of the dudes who fly over Worthing Pier!

If you prefer a more relaxing and safer form of solo air travel than just being dropped out of an aircraft from 10,000ft, then perhaps the gentle Hot Air Balloon is a better option! The first untethered hot air balloon flight took place in 1783, over 200 years ago and is known to be the oldest successful human carrying flight technology. The fuel burnt at the base of the balloon stays inside the balloon itself, which as a result of it being hotter than the surrounding denser air, keeps the vessel buoyant.

That just about wraps up our collection of some of the coolest ways to fly solo! If you have any other ways to fly worth sharing, get involved below and leave us some comments! Who knows, one day we may get an all-terrain one manned travel technology, complete with wheels, propeller blades, kite, board and jetpack!

This post was written and compiled by Simon Goddard of Just The Flight. To book low cost flights to some of the top 20 holiday destinations including New York, visit justtheflight.co.uk.