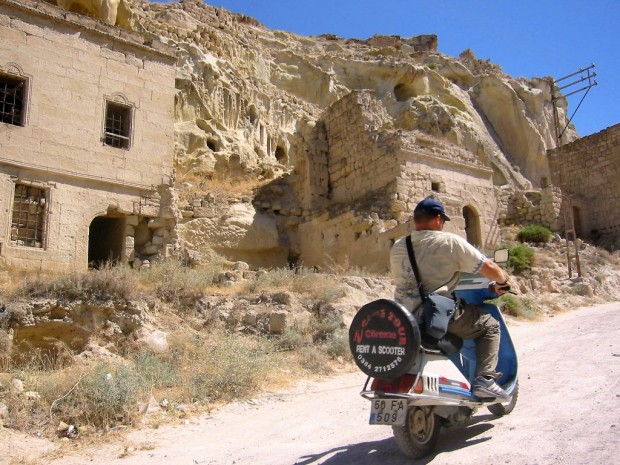 If you’re surprised to still be here after the 2012 Apocalypse, you might not have planned much for 2013.

At this time of not-yet-broken resolutions and aspirations, it seems fitting to consider the grand plan for next year – the next big thing – the Holy Grail that will bring peace and harmony to my troubled existence. And here it is – I’m going to buy a moped.

Now don’t laugh – when I was young and my hangovers didn’t last three days, I always had an urge to see the road, to manfully strike out on two wheels and find my true purpose in life – much like Che Guevara astride a 500cc Norton coughing its way through Latin America.

At the end of my odyssey I’d save the world, or at least change a little part of it for the better. Hell, I’d have been happy just to be emblazoned on a student t-shirt. Actually, as it turned out, I bought four unreliable wheels, got stuck in a rainy, suburban job making very little difference to anyone or anything, and ended up living less than 50 miles from where I grew up. Certainly not so glamorous and romantic, but definitely less likely to be targeted by the CIA and end up dead in a Bolivian hut riddled with bullets.

2013 is the time for dreams and there is a solution to the eternal dilemma of whether to lead the life of an iconoclastic revolutionary or the un-life of a commuting zombie. Get a bike. Not a pedal bike with spandex pants and half a walnut on your head, but a moped with a rippling engine and shiny chrome. Now, I’m going to ignore your shouts of ‘quarter-life crisis’ and state my case. 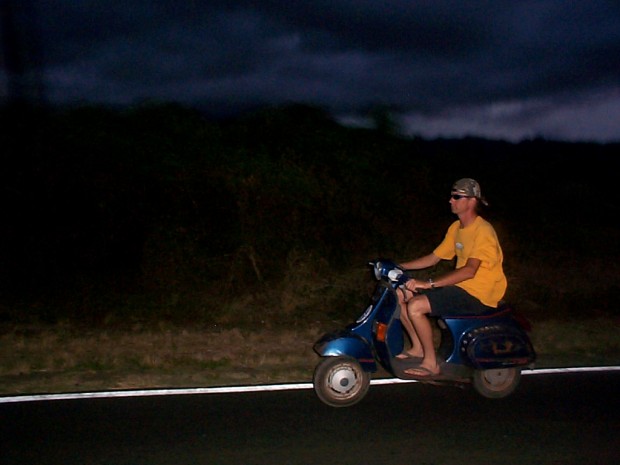 First, you do get to save the world. In a little way; or at least just damage it less than you would normally with a car. Basically you have a smaller engine so you use less fuel which means lower emissions.

Third, you get to beat traffic jams, irritating those angry, sweaty salesmen trapped in their synthetic suits and sensible saloons as you coast smoothly by. And did I mention that there’s no congestion charge for scooters in London?

Fourth, bikes are cool.  There’s no denying it – be it 50cc or 1500cc, people that mock them are just jealous. Ride a 125cc Suzuki that looks like an old roadster or a nippy Vespa-styled classic down the road and heads will turn (but that’s not why you ride one – you’re cool, you have no need for ego).

Fifth, they give you true freedom.  At 16 or 17 you’re on the road, can get to college, take that job, see that girl or boy and are finally independent. With a full license, your boyfriend/girlfriend can ride pillion and that is one sexy, seductive thing.

If you’re 40-50 there are no demands to be taken to clubs or after-school activities.  Don’t worry about shopping either, because that’s what the internet is for. Besides, you can get a decent amount of stuff in a good top box and panniers.

Finally – and here we return to my old dream – there’s that road trip; a month riding from London to Rome across 1200 miles of open countryside for about £150 in petrol. What a summer!  You didn’t do it by car, train or plane – you felt the road and truly experienced the journey.

You had the wind on your face, the smell of lavender and pine in your nose. You waved at the gnarled, old ladies and smiled at the beautiful girls. You are that crazed chico in Paris or Florence. You are Legend. Now if that doesn’t make you want to get out on two wheels, you may as well have disappeared with the Mayans.

Stephan Drury is a freelance writer and escapist.  He has travelled extensively around Europe and the US.