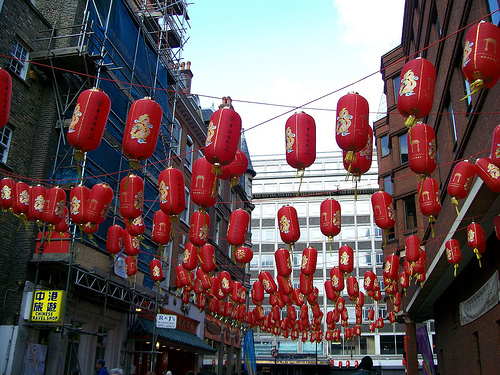 Celebrations always abound around the world when it comes to that special time of ushering in a new year. However, the Chinese New Year is extra special. First, it doesn’t align exactly with the Roman calendar’s new year. It also doesn’t fall on a particular day due to the lunar and solar calendars used. This means that the date varies. This can be from late January up to mid February.

Making the long trip to (or back to) China to celebrate the new year is a tradition for many people, but it creates a real burden on the environment. Emissions are higher at the time of festivities and holidays due to the amount of people traveling. This could be greatly reduced if individuals sought alternative ways of celebrating. Instead of traveling to China, families can take advantage of the biggest celebrations outside China. The Chinese New Year celebration in London strives to accommodate a lot of people and events and reduces the amount of emissions. The use of environmentally friendly means of transport is also advised in catering to the needs of the environment. The famous UK city boasts the largest Chinese New Year celebration outside of China itself.

The importance given to the Chinese New Year can be seen from the activities that go into its preparation. Right from the individual households to the city itself, emphasis is put on ushering in the New Year. Personal hygiene is thoroughly encouraged as is environmental cleanliness. Those who owe money or are in debt take the opportunity to clear their debts in order to have a fresh start. Decorations and costumes come out in abundance, followed by delicious authentic Chinese dishes and products. This is followed by singing and dancing. A specialty is the traditional dragon dance and the much celebrated Lion dances. The significance of these dances is shown throughout with parades that begin in the morning till evening. Trafalgar Square is the start of the parade and the finish point, due to its centrality and ability to accommodate the large crowds of people waiting to witness the activities. Lion dances are accompanied by the beating of drums, cymbals and gongs believed to scare away evils and misfortunes and afford blessings to families. Thus, many people come to join the parade in order to be a part of the celebrations.

As individuals flock into London to celebrate the Chinese New Year, accommodation can be scarce. It would be wise to be well prepared. This means early booking to avoid the late booking rush and fees. Instead of staying at a hotel, you could book short-term apartments in London with Only-apartments. This is in fact a prudent thing to do as apartments offer that homey environment that hotels cannot offer. Families can have the comfort and privacy needed during the festivities without the confinement of hotels. The apartments are also children friendly and usually pet friendly, meaning that your whole family can enjoy the festivities together.

Chinese New Year in London brings together a diverse people and showcases the Chinese culture in a way never seen before. Museums and other social facilities feature exhibits that promote the diversity in Chinese culture including music and food. It is not only a great celebration but a good way to learn about Chinese culture.