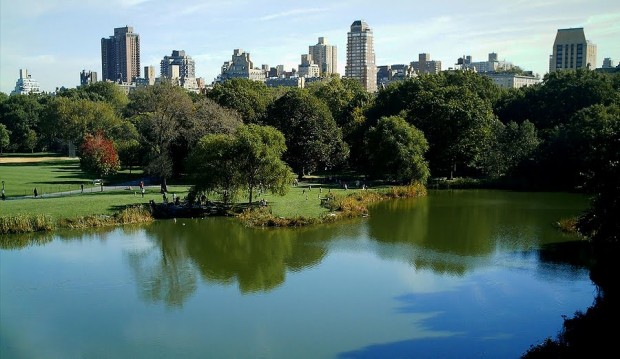 In the center of one of the world’s largest cities lie 843 acres of zen. New York City’s Central Park, while only the fifth largest park in the city, is considered to be one of the city’s most loved spaces and is treasured by locals and visitors alike. A perfect study spot for English courses in New York, the park also boasts a zoo, numerous statues and sculptures, playgrounds, thousands of species of plant life and birds, lakes and streams and miles of walking and jogging trails. An integral part of city life for New Yorkers and tourists, let’s take a look at just why it’s so special. 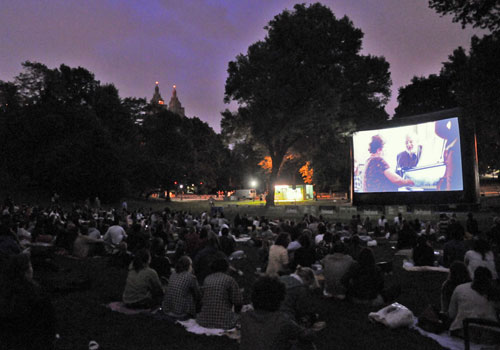 In its tenth year and taking place this year from August 21 to August 25, the Film Festival screens movies on a giant screen in the Sheep Meadow. Movie goers bring picnics and relax on the grass while taking in a film on New York’s warm summer evenings. 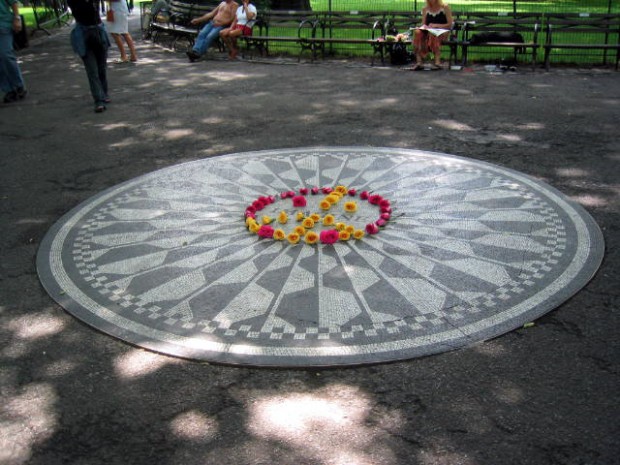 On what would have been his 45th birthday a section of Central Park was dedicated to John Lennon. Yoko Ono helped to design Strawberry Fields as a meditative space for park visitors. A large mosaic tile inscribed with “Imagine” was created by Italian craftsmen and donated to the park by the city of Naples. Strawberry Fields is a quiet zone within the park, and running, biking and other sports are prohibited to maintain the sanctity of what 121 nations declare a “Garden of Peace”. 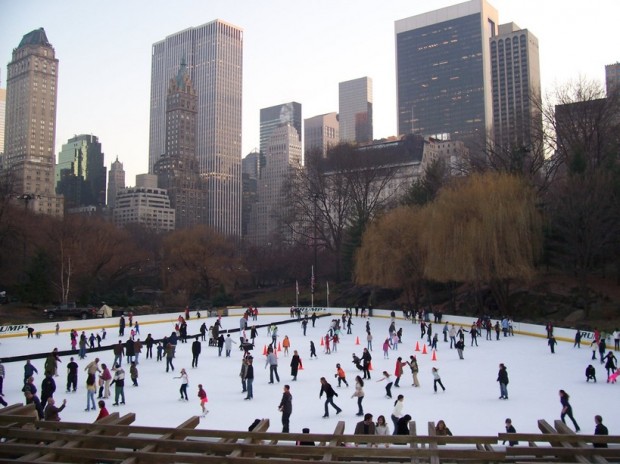 Simply because winter has set in does not mean the park isn’t still bursting with activity. Wollman Rink has been delighting ice skaters since its 33,000 square feet opened in 1950, and a winter’s evening spent skating under the twinkling lights of the city skyline is an iconic New York experience. Another popular winter activity in the park is cross country skiing. The many jogging trails and wide open meadows are the perfect place to strap on skis and view Central Park under a beautiful blanket of snow.

The Mall and Literary Walk 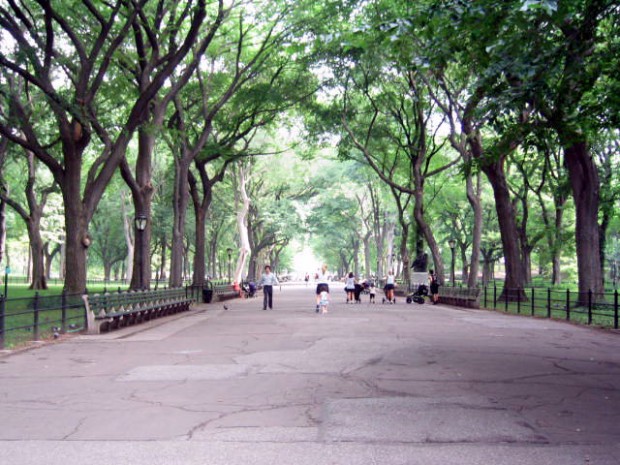 At the time of Central Park’s opening, The Mall was the place to see and be seen. The same holds true today, as this gorgeous tree-lined promenade is one of the most photographed places in the park. Lined with stately American Elm trees, one of the largest remaining stands in North America, a stroll through The Mall is a classic “must” during a visit to Central Park.

The south side of The Mall is known as The Literary Walk, and displays five statues, four of which are of prominent writers. 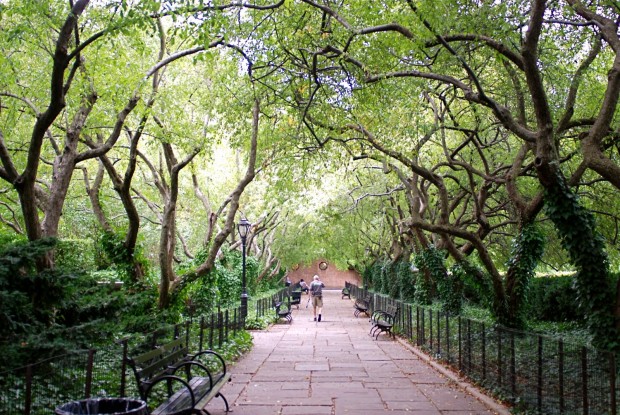 Behind the beautiful Vanderbilt Gate lies the Conservatory Garden. Divided into English, French and Italian sections and bursting with seasonal blooms and foliage, the Conservatory Garden is another of Central Park’s quiet zones. Each individual garden houses numerous pieces of statuary related to the style of the garden. Members of the garden staff offer guided tours, detailing the design, structure and maintenance of the garden, as well as descriptions of the various plants.

Beautiful and peaceful, Central Park is an important part of a visit to New York City.