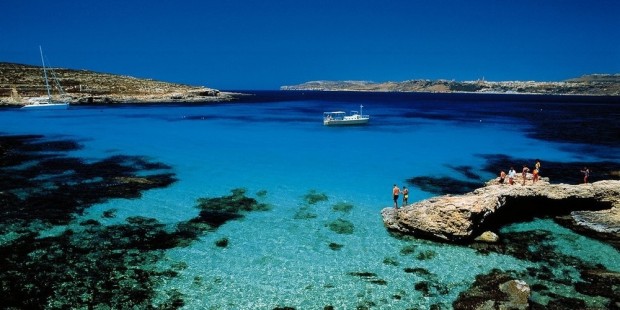 You might argue that it’s still winter, with all the snow storms and polar vortexes filling the news, but the fact remains – springtime, with its mild sunshine, playful breeze and blooming trees is knocking at our door. Summer is all about beaches, sunshine and parties, winter is about skiing, snowboarding (and, of course, parties – but this time indoors), leaving the fall and the spring the perfect times to go sightseeing and to visit interesting places. Here are a few tips on what’s bet visited in spring.

Malta is an island state (you have to admit, this sounds romantic) in the Mediterranean, between Sicily, Tunisia and Lybia. It has a very long history – many civilizations left their footprint on the island, from stone age hunters, through Greeks and Romans, to Muslims and Christians through the Middle Ages. Its capital, Valetta – which is small, but filled with history – was founded in 1566 by the Knights of St. John.

Malta is best to be visited before its official tourist season begins, in May – especially if you are more interested in seeing pieces of history instead of just laying idly in the sun. Valetta – as the rest of the island – has many sights to see, for which springtime has the perfect temperature.

Most people associate the city of New Orleans with its lush, wild Mardi Gras celebrations – but there is much more to it than that. The city has a long history and some unique traits that make it attractive, and it’s home to several events in Spring. The citizens of New Orleans celebrate St. Patrick’s Day in their own style in mid-March, along with celebrating St. Joseph’s Day and the Irish-Italian heritage of the locals, not to mention the Spring Fiesta, which is much more about culture than the above. In April New Orleans holds its French Quarter Festival, a four-day celebration in the second week of April, and the Jazz Heritage Festival, a must-attend for all jazz lovers.

Two weeks after the Easter holidays Seville, the capital of the Spanish Andalusia region, celebrates the Feria de Abril, or the April Fair, a traditional event that takes places in a separate “fair town” called Real de la Feria, with hundreds of tents (casetas) decorated with thousands of paper lanterns. Feria de Sevilla is the perfect destination for lovers of the flaming hot sounds of flamenco – Seville is considered the capital of the flamenco music and culture – sometimes until the break of dawn. Perhaps the most interesting caseta is Er 77, where buckets of wine are drawn from a well and beds are provided for tired visitors to check the latest Canadian casino promotions and sleep off the effects of the fiery Spanish wines.

Spring is a perfect time to travel – it’s “off season”, offering much more friendly rates for tourists, the temperatures are cool enough to be perfect for sightseeing, but warm enough for dressing lightly.