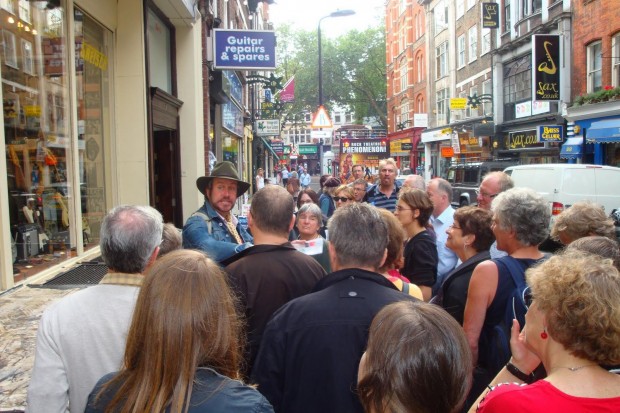 Navigating your way around London is a mission on the underground – never mind on foot! With an abundance of choice, and a dizzying array of options, taking on the city by foot can at first seem incredibly daunting. However it’s not as difficult and thankfully there are many beautiful walks round london just calling.

With a range of routes that are easy to tackle and easy to navigate – we think (once you get going) you’ll be surprised at just how close together many of London’s major sights and attractions actually are too. London is a remarkable city drenched in culture, history and beauty, which is often wasted on the eyes from the confinement of a tube or a bus. So, what better way to take in the wonderful sights than with an easy yet beautiful walk?

If you aren’t fully confident with a map and it’s your first time visiting the capital, sticking around central is probably your safest bet. Central London is brimming with tourist sites and attractions, so is incredibly tourist friendly – making asking for directions a piece of cake!

Beautiful Walks Round London: Lovers of Literature Will Love the Charles Dickens Tour

This tour is easy and is a quintessential piece of British history and literature that takes you on a walk spanning from areas such as London Bridge, to St Pauls. Start at the author’s own house- which has now been converted into The Charles Dickens Museum – where he lived from 1837-1839, at 48 Doughty Street. Commence down Gray’s Inn Road until you reach Grey’s Inn- where Dickens worked as a clerk in 1828 and is mentioned in a few of his works such as Great Expectations as well as David Copperfield. Then head in the direction of Holborn, Newgate Street and find yourself on the north side of Fleet Prison, which is where the character Mr Pickwick is sent to prison due to his debt! From there pass the Old Bailey, where Fagin is hanged (which is located near Hillgate House). If all this walking makes you thirsty though – don’t despair as there are plenty of great pubs on this route too.

After drinks, walk towards St Pauls in the direction of The George and Vulture Inn on Lombard Street which features in “The Pickwick Papers”- which is now also a restaurant, ideal for when you’re feeling a bit peckish! From this spot head off to the last destination of the walking tour- London Bridge, which the incredible views of Tower Bridge across the water. In the world of Dickens and his imagination, this area if full of ghosts with various streets being named after the characters in his works.

Beautiful Walks Round London: Tour of the Embankment, Parliament and Surrounding Areas

Probably one of London’s most major tourist hot spots, Big Ben and Houses of Parliament are sights that should definitely be on your itinerary for a beautiful but simple walk! Given the areas popular nature, you’ll find that it’s incredibly tourist friendly, so don’t hesitate to ask for directions or help as most people will be willing to lend a hand. Start your tour at Westminster (if you’re unsure of where exactly, research directions to the Westminster tube station which is adjacent to the houses of parliament itself).

The Big Ben is part of the Palace of Westminster, which was burnt down in 1834 so the gothic architecture you will see is relatively recent. Evidently Houses of Parliament is rife with thorough security, so don’t expect to turn up and be able to waltz right in without any bookings in advance. However the outside presents many photo opportunities with its gothic architecture and impressive gardens, so a fleeting visit from the outside is an experience in itself!

From the Big Ben make your way along the gorgeous London Embankment, where you’ll be able to take in the beautiful views of the River Thames – which is especially wonderful on a sunny day. You’ll even get to admire the huge London Eye as you take a stroll down the embankment, and the famous London Southbank too.

Despite exhibiting a lot in the way of concrete buildings, skyscrapers and pavements, London still has a lot to offer in the way of greenery and parks. For a much-needed retreat from the hustle and the bustle of densely populated tourist attractions that dominate the capital, take a walking tour of some of London’s best parks. There are so many to choose from, you’ll be spoilt for choice.

Take a breath of fresh air in London’s famous gardens ranging from Regents Park, Green Park and Hyde Park to the famous Kensington Gardens. Due to its vast size, walking from every park to another may seem a bit ambitious for a light hearted enjoyable walk. Try walking from Blackheath to Greenwich for a beautiful walk that boasts picturesque views and many photo opportunities though, as the distance won’t tire you out as much as some!

Starting at Blackheath tube station, turn right where you’ll find a range of eateries to satisfy your appetite and give you energy for the walk ahead. Carry on straight ahead, past All Saints church, and walk across the heath and head towards the main gates to the park. It’s wide open expanse of space is almost therapeutic and a great place to think and get some peace and quiet!