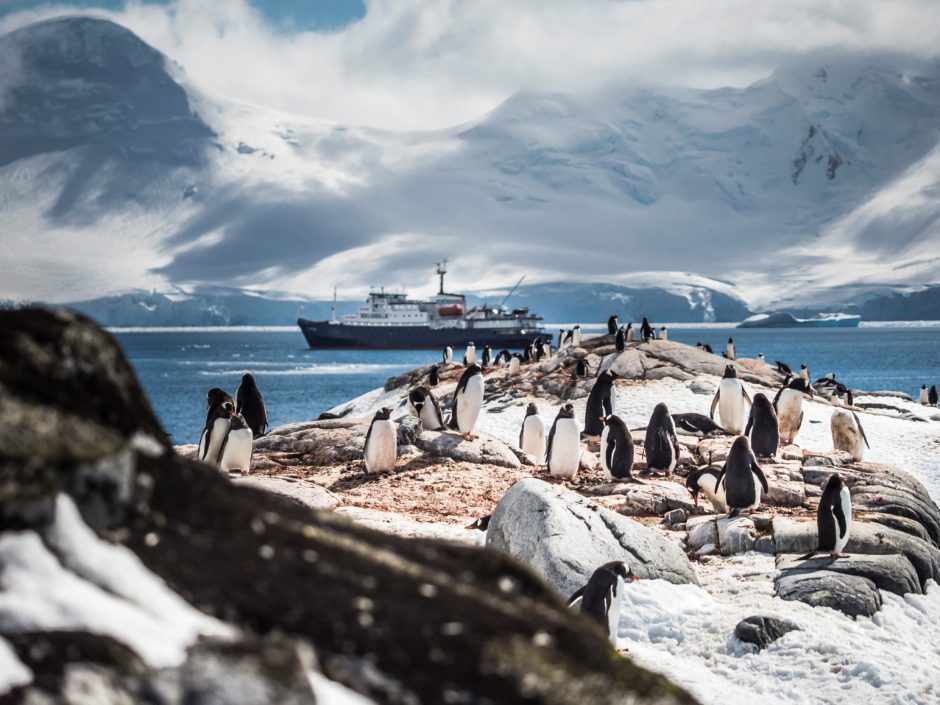 Are you sick of traveling halfway around the world only to find another t-shirt shop? Feel like if you’ve seen one tourist-oriented port then you’ve seen them all? We hear you. Here’s the solution – book yourself a trip to Antarctica.

An Antarctic cruise is not your typical touristy vacation. It’s an adventure. You’re going to get to experience things unique to the pristine South Pole region, and you’ll avoid the regular tourist shtick that pollutes the usual vacation hotspots. Here are just ten of the captivating wonders you’ll get to experience when you visit our southernmost continent.

Penguins are restricted to the southern hemisphere, either on Antarctica itself or the islands lying within the continent’s vicinity. Unlike most other wildlife, penguins get very curious about humans and will sometimes waddle right up to investigate you.

2. Camping out under the Aurora Australis.

Some cruise lines offer you the chance to have a night camping out on the shores of Antarctica. You’ll set up the provided tents far enough away to not disturb the local penguin populations, then kick back and enjoy the lightshow dancing overhead.

Do you like running? Do you like running where almost nobody has ever run before? Hop on over to the Antarctic Ice Marathon and test yourself with an average wind-chill of -20°C, ice, snow, and competing penguins, all taking place at 80° south.

Zodiacs (small rubber outboard-engine boats) are able to zip in close to the coasts and get into nooks and crannies that your mothership cruise liners will be too big to manage. So you’ll be able to sneak past sunning seals, give lovely blue-white icebergs an up-close inspection, and on the best days, get paid a visit by welcoming whales.

There’s a working post office in the historic British site of Port Lockroy. How impressed are your friends going to be to be receiving postcards stamped with an Antarctic origin? While you’re there you’ll also be able to visit the museum that highlights just some of the scientific endeavours that have drawn people to the South Pole over the past century or so.

Where there were whales there was whaling. The Antarctic is no exception. One hotspot of our whaling past is found on Deception Island. Historic relics (boilers, oil drums, whale skeletons) still sit on the shores as a reminder of how much the industrialized world has changed in the past 100 years.

In the late 1800s and early 1900s exploration in the name of God and country was all the rage. Common folk would follow the exploits of explorers much the same way some people follow their favourite sports star today.

One such hero of the people was Sir Ernest Shackleton who led not one but three British expeditions in the race to be the first to reach the South Pole. Relics of those expeditions remain to this day including the shack he and his men lived in while enduring the harsh conditions of the Antarctic.

8. Take a look from Observation Hill.

Sitting about 30 minutes away from McMurdo is Observation Hill. Aptly named, Antarctic explorers can climb the hill and treat themselves to a jaw-dropping view (bring your cameras).

It’s clean. It’s rugged. It’s blue and white and beautiful. It’s happily lacking throngs of tourists and it’s free from tacky tourist-geared stores. If you’re looking for a trip that’s more an adventure than just a vacation, then you should give an Antarctic cruise a try.