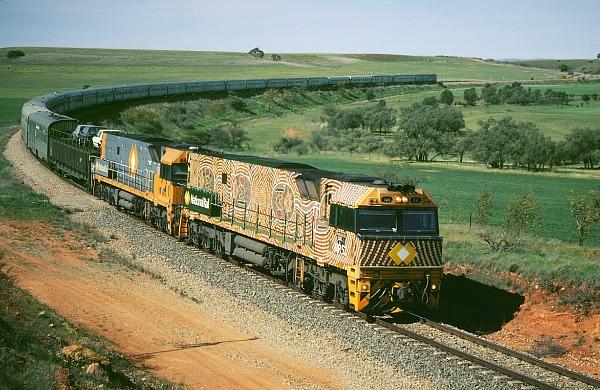 The Indian Pacific is the second longest train journey in the world, spanning Australia from East to West and back again – Sydney to Perth. The journey crosses 2 times zones, takes almost 70 hours and costs around $300 for a place in a reclining chair. By way of comparison, the average flight costs around 1/3 of the price and is 14 times faster, but here’s why you shouldn’t fly.

Australia is an amazingly diverse country, the only place on earth where rainforest meets reef, where blue mountains magically melt into barren desert, where great monoliths rise out of endless expanses of red. These are all sights that you can’t experience from a Boeing 747.

Why You Should Take the Indian Pacific: Sydney to Perth 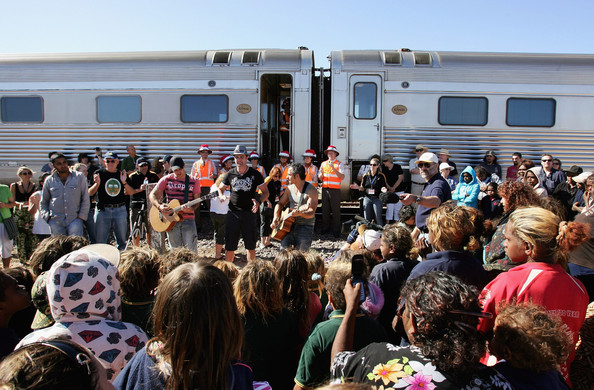 From Sydney to Perth you will be greeted by fog nestling deep into the Blue Mountains and in the next moment be submersed in sand hills covered in scrubby bush, spotting wild kangaroos and emus with their chicks hopping in and out from behind sparse trees. Next you will wake up to a treeless plain, the Nullarbour, with nothing preventing you from letting your eyes rest on the horizon except perhaps the occasional camel, and finally you are treated to the sights and sounds of metropolis stranded in an almost empty territory as you pull into the state capital Perth.

Why You Should Take the Indian Pacific: Towns Along the Way 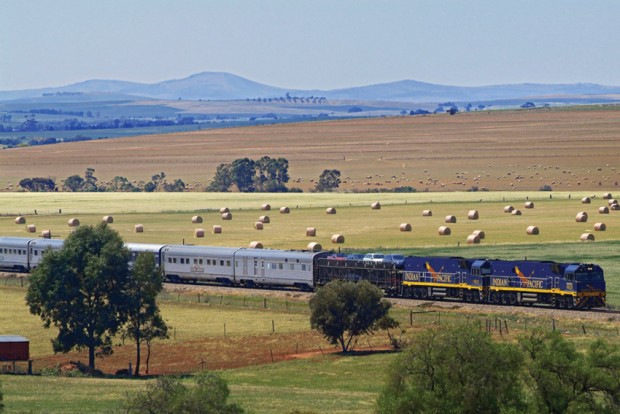 But the Indian Pacific isn’t all about the ever changing panorama you can appreciate from your carriage. It stops. In Broken Hill, Adelaide, Cook and Kalgoorlie – each town telling it’s own unique story, which you can explore for a few hours or a few days.

Broken Hill, Silver City, the Oasis of the West, the Capital of the Outback, in a country which was founded on the mining industry, Broken Hill is the longest living mining community.

Pushing on to Adelaide, capital of Southern Australia, a little part of England in the heart of Australia, and home to sports fans from everywhere.

Why You Should Take the Indian Pacific: Cool to Kalgoorlie 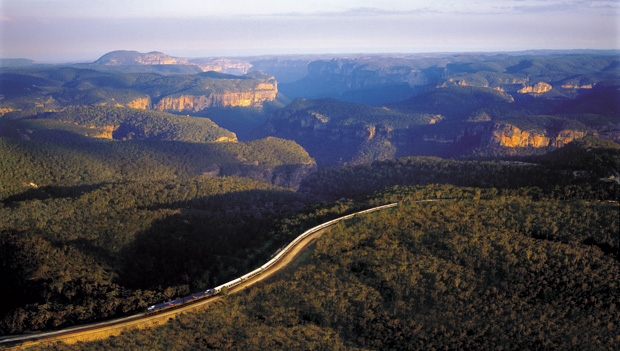 As the locomotive continues chugging along and alone, it rolls into Cook, population: 5. Once a booming town of over 100 inhabitants right in the heart of the desert, Cook now exists purely to service the Indian Pacific. Take a look at a life extraordinary which still holds on to reminders of the past.

And finally Kalgoorlie home of the Superpit, a pit so large that trucks the size of houses look like ants at the nethermost. A town where people start on $150,000 a year, where if you don’t have a job you don’t want one, where men trip over plate sized nuggets of pure gold.

Why You Should Take the Indian Pacific: Flying Tin 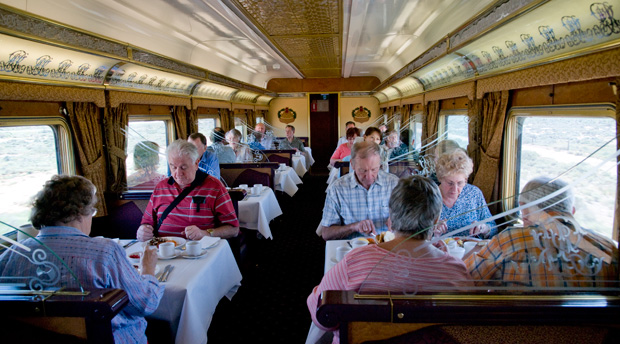 All that you can experience from a flying tin can are old repeats of “Dating in the Dark” which constantly cut out, and the air hostesses’ buxom cleavage. I know which one I’d rather see.

When people ask me what my favourite experience from my 3 months in Oz is, they look at me and a puzzled expression creeps across their faces, out of all the outstanding, breathtaking, once in a lifetime locations I discovered, how could I favour a train above all else? But once you have had some of the diverse landscape and wildlife that Oz has to offer handed to you, while you relax in air conditioned comfort sheltered from the sweltering heat of the desert, you realise that there is no better way to see the interior, there is no better way to experience Australia.