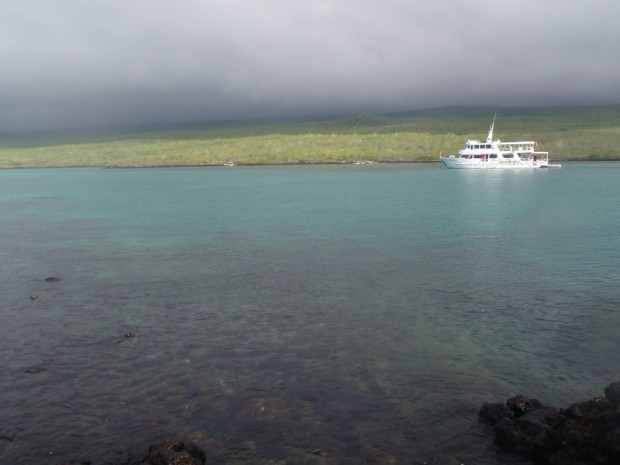 Sometimes, the main purpose of a cruise is the cruise itself: the luxurious travel, the fabulous food, the laid-back glamour of the trip. But a cruise to the Galapagos Islands is much different: it’s a life-changing experience that will show you sights stranger, more awe-inspiring and more thought-provoking than you could ever imagine.

Visiting Galapagos in 1835 inspired Charles Darwin to develop the theory of evolution. Nearly two centuries later, it’s still impossible not to be fascinated by the creatures that are, literally, everywhere.

Anyone who has visited a rainforest will know how difficult it can be to see the animals amongst the tangled foliage. Here, there is no such problem. Never mind struggling to spot birds, reptiles and mammals: it’s more a case of being careful not to step on them.

Whether it’s sea lions, blue-footed boobies, frigate birds, marine iguanas or even – if you arrive in the breeding season – albatross, the profusion of wildlife is truly astonishing.

Straddling the equator, the 18 islands – and dozens of islets – lie 600 miles off the coast of Ecuador. All but five remain uninhabited, and the extreme remoteness has been a protective factor. Until the 20th century it was very difficult to get here, and there is no indigenous population. This lack of people meant a lack of threat, and humans are not perceived as a danger, so the birds do not fly away and the seals and iguanas bask on, unconcerned.

Thankfully, the importance of the islands has been recognised; in 1959, 97.5% of the area was designated a national park, helping to preserve the extraordinary diversity. And it’s not just on dry land: there is an amazing array of marine life, from multi-coloured reef fish and coral, to dolphin and the iconic hammerhead shark – which peacefully ignore scuba divers, for whom this is a dream destination. Even snorkelling will reveal unimaginable wonders.

To many, it’s the giant tortoises that epitomise the islands. It was a sad day when Lonesome George, the last remaining Pinta tortoise, died in June this year, but his legacy remains: a breeding programme is protecting other sub-species and preventing further extinctions.

Only a relatively small number of visitors are lucky enough to get to this unique archipelago. Cruising from island to island, then, is not only a luxury: it’s a positive privilege. This is an undeniably exclusive destination; combine it with the special comforts of a cruise, and you have an unbeatable – and unforgettable – combination.

Places on cruises around the Galapagos get snapped up quickly, but there can be last minute deals available if you know where to look. If you’d like more information, visit http://www.theultimatetravelcompany.co.uk/luxury-holidays-by-destination/south-america/ecuador-and-galapagos-islands where you’ll be able to get in touch with the team of experts that know the Galapagos and can advise when is best to go and what ships are best suited to your needs.