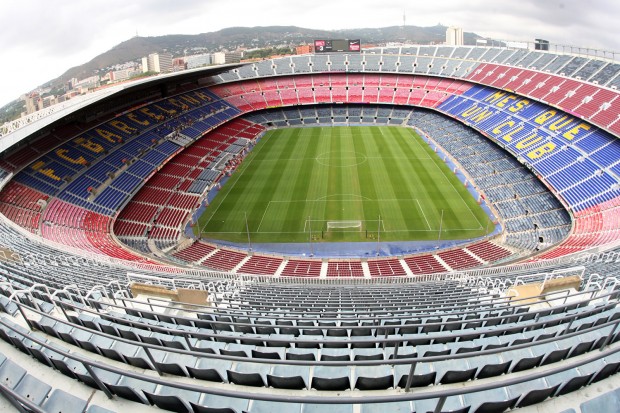 If your twin passions are sport and travel, then there are plenty of exciting options out there. Whatever sport or team you follow, being a dedicated fan makes exploring the world that much more exciting. Some of the best sports and teams are to be found in the most amazing world destinations, so buckle up, take a deep breath, and let’s check out some great cities with fine sporting credentials.

This Spanish city is home to the world famous Camp Nou Stadium, where the Barcelona soccer team play. This enormous 100,000 capacity stadium with a unique atmosphere is a must-see for any sporting fans, but soccer fans in particular. Tours of Camp Nou enable fanatics to learn about the golden history of the club and explore the stadium’s inner sanctums. If you’re lucky and plan things right, you may even snap up tickets to a match.

They eat and breathe soccer in Barcelona, but if you need a culture fix, you can certainly get that here. Enjoy the genius of artist Antoni Gaudi’s famous Sagrada Familia Cathedral, wonderful modernist architecture and a uniquely Catalonian café culture. Beautiful, balmy Barcelona makes a great city to visit any month of the year, and if you’re a soccer fanatic, the reasons don’t get any better than FC Barcelona.

Philly boasts a whole range of sporting highlights. Remember the movie Rocky and that iconic scene on the steps outside the Philadelphia Museum of Art? Well, you can recreate that scene yourself on a sporting trip to this wonderful city. If baseball is your game, see the legendary Philadelphia Phillies play at Citizens Bank Park. Alternatively, catch the Philadelphia Eagles football team in action or a Philadelphia Union soccer match. Be it sport, music, culture, dining or the great outdoors, Philly gives generously. Fancy catching a band after the game? This is a regular stop-off point for leading pop bands and artists, and if you’re planning on making the trip super-special, why not get some 5 Seconds of Summer tickets while you still can? This hot Aussie band are touring the US supporting One Direction, but it won’t be long before they are the headline act, so catch them early!

Sport is just one of the thousands of reasons to visit London. Known for their fierce competitive spirit, the British are proud of their sporting heritage, and fresh from staging a successful Olympics in 2012, confidence is high. Depending on your sporting preferences, there are some magnificent venues to take in. If you visit in June, grab a seat at Wimbledon to see the tennis. Wembley Stadium and Twickenham are where the big national fixtures of soccer and rugby are played, respectively. Alternatively, go for a truly London experience and attend a Premier League soccer match. America fell in love with soccer big time during the 2014 World Cup, so why not continue the romance and catch the real deal at a London derby match? The rivalry between Premiership soccer clubs such as Arsenal and Tottenham Hotspur always produces great battles, so grab the opportunity if a ticket comes your way.

True sports fans would go anywhere to follow their team, and with improvements in travel links, lower costs and more choices, supporting our heroes just gets easier – that’s what’s called a winning result.