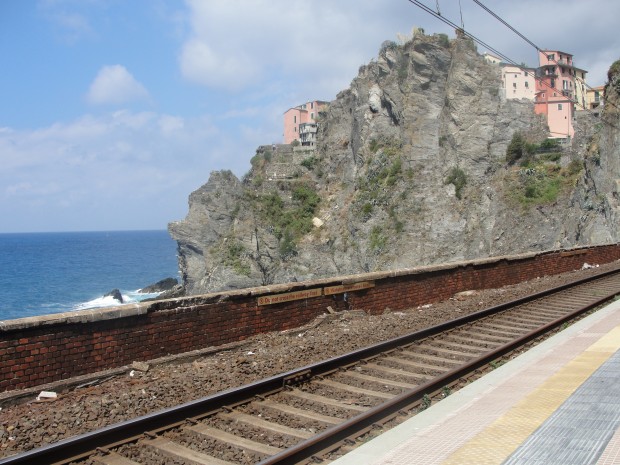 Unlike a lot of its European neighbours, Italy is a country which boasts not just one or two exciting cities, but several. So when visiting Italy you’ll probably want to see as much of the beautiful and exciting country as possible. Well, with a train ticket and a rucksack on your back you can see almost all of Italy in just a few weeks. Here we outline the best route to get the most out of La Vita Italiana!

It makes sense to start your Italian journey in one of Italy’s most northern cities so Milan is a good starting point.

You’ll find lots of exciting things to do here in what is perhaps the most cosmopolitan of Italy’s cities. You’ll find plenty of shopping streets where you can easily spend hours browsing the latest Italian fashions. Remember, though, that whatever you buy you’ll have to carry for the whole trip. So maybe this is a good spot for keen shoppers to head back to just before they leave.

The city also boasts two of Europe’s most renowned football teams in AC Milan and Internazionale Given that they both share the San Siro stadium, one of them will be playing in the city each week during the season. Try to get tickets if you can!

After Milan, it makes sense to go almost exactly East to Venice – the floating city of the east coast that’s almost level with Milan. As for getting there, there are two good options. You can take the Eurostar train for less than €40 from Milan to Venice with a journey time of 2.5 hours, while the regional trains are another good option, taking 3.5 hours, but costing closer to €20. You generally won’t need to book the regional trains, but will have to for the Eurostar ones.

Once there, you’ll be in paradise – or at least, it’ll feel like you’ve ended up in another world. Venice a beautiful city, but is also quite surreal given that it is made up of 118 little islands. When there, you simply must take a gondola ride through the canals, as it’s without a doubt the best and most romantic way to see Venice. Also try the delicious food – but that will become a recurring theme throughout this guide to an Italian trip!

Florence – Step Back in Time

One thing to note when leaving Venice for Florence, your next stop, is that you won’t find a train after 8pm. If you miss that last train, then you’ll have to wait until the next morning to get to Italy’s most artistic city.

An average Economy Class ticket to Florence will cost you around €30 and the journey is little more than two hours. So if you do catch that 8pm train then you’ll arrive just in time for dinner (the Italians like to eat late) and can get a good night’s sleep before exploring the city the next day,

You’ll probably want to spend quite a few days in Florence as there are plenty of sights to see, like the Ponte Vecchio and Cathedral, as well as museums such as the Uffizi Gallery and Accademia Gallery. And if spending a few days in Florence, make sure you have a comfortable stay by choosing an apartment from Oh-Florence.com, who provide quality apartments in three Italian cities, with Venice and Rome being the other two.

All roads Lead to Rome

Speaking of Rome, your next stop might as well be the Italian capital. From Florence, the capital is €30-€40 and 1 and ½ hours away. By now you’ll be around half-way down the boot-shaped country and probably ready to see all the world famous sights of the capital.

With the Colosseum, the Trevi Fountain, Vatican City and much more, you’ll be able to spend days in the capital and you can choose exactly how long you’d like to stay. Know this though: no matter how long you spend there, you will never be able to see everything that Rome has to offer. You can try some amazing Italian cuisine, for example, but will never be able to taste it all. The fact that almost all of Rome’s restaurants are worth visiting is both a blessing, and a curse.

There’s no place like Naples to finish off your trip. Just an hour from Rome and not more than €20 for the cheapest ticket, Naples is an obvious next stop after Rome.

In Naples, the birthplace of pizza, you’ll be able to try even better pizza than Rome – yes, it is possible. Another must while in Naples is to visit Mount Vesuvius, the famous volcano which is luckily dormant just now. The volcano truly is a wonder and you’ll get Goosebumps just being there.

Well, this has been your brief guide to taking a trip around Italy by train. You can and should, of course, make your own changes to the plan above, but this should hopefully get you started. You may want to visit Pisa, for example, which is very close to Florence, while Turin is close by to Milan if you fancy a visit to that beautiful northern city.