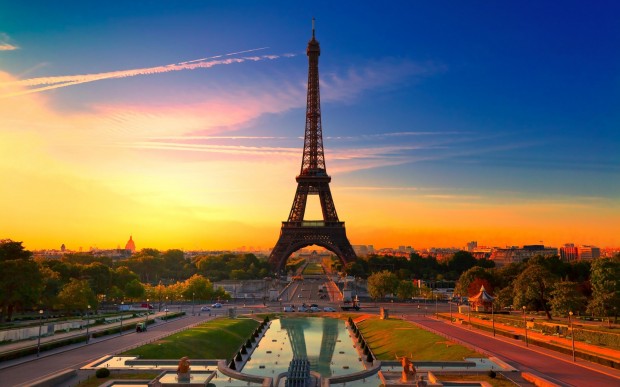 With winter fast approaching and the festive holiday period soon to begin, it is worth taking a look at the best destinations available for enjoying a vacation at this time. There is nothing more special than spending at least part of your time off work during the precious winter season in a beautiful new place to create lasting memories and replenish yourself before re-starting your work in earnest in January.

Here is our pick of the bunch for this holiday season:

Paris is perhaps the greatest city in the world for enjoying Christmas and New Years in. The winter blackness of the sky over the city and the way the Parisienne attractions light it up is truly incredible and unrivalled anywhere else in the world. While cold outside, the numerous wonderful coffee shops and restaurants are just made all the more welcoming by their extra warmth in comparison. The Louvre, Eiffel Tower and Arch de Triomphe never look better than at this time of the year which is yet another reason why this should be at (or at least near) the top of your list for Winter getaways.

Edinburgh, the ancient capital of Scotland, is another perfect destination for the winter period. While its beautiful castle sat atop an extinct volcano is undoubtedly the peak attraction, there is so much more if you scratch just beneath the surface. Steeped in history and beautiful architecture it will be a visit you never forget. Edinburgh has one of the very best New Year parties anywhere in the world and so is a better place to welcome in the next year from!

If you would like to spend the winter period in a fantastic destination with relatively warm weather and cheap prices then look no further than Malaga in the south of Spain. While the first two destinations are fantastic for different reasons, they are admittedly a little cold to say the least. Malaga on the other hand is one of the warmest places in Europe at this time of the year with temperatures typically around 13 degrees Celcius. It is also very cheap compared to other similar cities in Europe and will offer a winter retreat like no other, especially from a culinary perspective with its delicious blend of Spanish and North-African cuisine. You can fly to North of Africa for less than 100 Euros which can allow you to take in Morocco or Tunisia during one trip which is a great extra benefit. Check out holidays with Monarch for more information.

Looking outside of Europe, one of the undoubted best destinations is Buenos Aires in Argentina. Due to its being on the southern hemisphere of the globe, you will find this city at the height of summer if you decide to fly there at Christmas/New Year. While not quite as cheap as it used to be in the early 2000’s, it is still terrific value and cheaper than Europe, it has to be a real consideration for a winter break. If you do decide to go make sure to try some of the famous Argentine steak which will make you never want to leave!

Hong Kong, the former British colony that has since returned to China, is one of the most interesting an unique places to spend the winter season. It has a wonderful character to it with an amazing mix of the best of Asia and the West coming together. Unbelievable food can be found nearly everywhere you go, alongside brilliant opportunities for shopping. The view over the harbor as the fireworks are released for New Year are undeniably amazing. Definitely worth visiting at least once over the festive period if you have the chance.