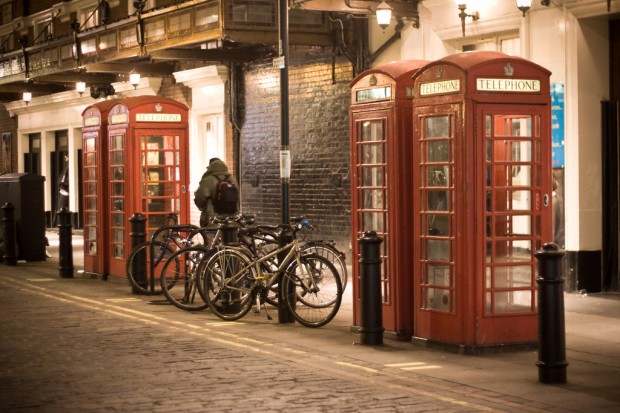 London is one of the busiest cities in the world, and navigating its gridlocked and traffic-choked streets is strictly for the brave. In comparison with other modes of transport, motoring offers few advantages in terms of cost or convenience, so if you’re thinking of taking on the capital by car on your next London break, be sure you read this list first. We investigate the reasons why public transport is the smarter choice!

London has one of the best public transport systems in the world, with cheap fares and an extensive network of trains, buses and underground to choose from. Equip yourself with an Oyster card (Transport for London’s smart travel card) from any tube station, and you’ll get reduced fares plus quick and easy top-up options. If you can’t stand the idea of slumming it with the hoi-polloi, there are nearly 20,000 black cabs which can be hailed from the street or from a taxi rank (situated outside major train stations). Alternatively, grab one of the 6,000 Barclays bikes available for rent at various points throughout central London.

Driving in a bus lane can incur a fine

A large percentage of London bus lanes are monitored by CCTV and drivers can incur heavy fines of up to £130 for even an accidental encroachment. Borough councils are known to be keen to enforce these rules, which differ from lane to lane and are often poorly signed. Avoid the confusion altogether by opting for a London theatre break by rail, the cheap and convenient alternative to driving.

You are very likely to get lost

A complicated network of one-way streets, dead ends, roundabouts, circular main roads and single-carriageways, the London road system is confusing even for the locals. More than half of the capital’s motorists have admitted finding road signs confusing and difficult to read. Regardless of maps and Sat Nav systems, roadworks and maintenance mean that streets are constantly changing and can be unexpectedly closed, leading to unplanned detours.

Parking is difficult and expensive

Most car parks are organised on a pay-and-display basis, so you only fork out for however long you plan on parking. That said, restrictions apply in the centre of London during the week, and prices for a space are expensive, especially if you’re using a meter. And that’s if you’re even lucky enough to

find one! Spaces are few and far between, so be sure to factor in the extra time you’ll need when looking for a spot. Those heading to the West End for theatre breaks in London will need to bear this in mind so as not to miss the start of the show!

If you’re planning to drive through the city centre during peak hours, you’ll need to pay the £10 daily charge, or face a penalty of between £60 and £187. Enforcement is pretty strict, and relies on sophisticated number-plate-recognition systems. The charge can be paid online, by phone, by post or at selected shops, and if you forget to do so, you can pay it retrospectively the following day, although the charge goes up to £12.

The traffic is terrible

Who wants to spend their holiday stuck in a jam? Despite claims to the contrary, the Congestion Charge has not been proven to reduce traffic in the city. In fact, some routes have seen a substantial increase in the amount of cars that pass through. Many of London’s roads were built before the invention of motor vehicles, and are therefore not designed to cope with the high volume of traffic that they have to cope with on a daily basis.

Cars are expensive to run

On top of car hire prices, parking fees and Congestion Charge, you’ll also have to factor in the cost of fuel — a sore point for any UK driver. In fact, ask any British car-owner their thoughts on fuel prices and you’re bound to get an earful! Motorists pay an average of £1.42 per litre for unleaded petrol, and prices won’t be decreasing any time soon.

Watch out for dangerous drivers

You might be the safest driver on Earth, but what about everyone else on the road? In 2010, 1.4 million UK drivers were thought to be uninsured, and an estimated 400,000 are thought to be driving without a licence. Still feeling confident? Add to that the survey statistics that show 20% of Londoners have driven under the influence of illegal drugs, and suddenly a quick trip on the tube starts to look a lot more appealing.

Driving is bad for the environment

There’s no two ways about it — cars contribute to atmospheric pollution and global warming due to their emission of toxic carbons. It’s thought that road pollution annually causes 5,000 premature deaths in the UK alone, and traffic also contributes to both water and noise pollution. Why not be green and ease your eco-conscience by swapping the hire car for an Oyster card or Barclays bike?

Speed bumps can damage your car

Some city speed bumps are known to be higher than the legal limit by as much as 5cm, which can cause damage to oil sumps, exhaust units and suspension on your car. Islington alone has 1,900 speed bumps, put in place as traffic-calming measures, but often acting as a nuisance to motorists.

Show and Stay are the providers of cheap theatre breaks