Believe it or not it can now be quite hard to really find the most unique and off the beaten track safaris in Africa. Many places have been populated by safari camps and lodges, and so other people and tourists too. However there are still a few areas of Africa that are exclusive, unexplored and remote. The Luxury Safari Company recommends the following:

Western Tanzania is impossibly remote with a long three hour light aircraft flight to reach it. However when there it is worth it. Katavi is one of the last great wildernesses in Africa and boasts huge herds of elephant and buffalo and predators everywhere. There are only two camps at opposite ends of this amazing park and one can walk, fly camp and game drive here. Both camps are rustic and small so you always feel as if you’re on a real safari in the middle of no where, which indeed you are. 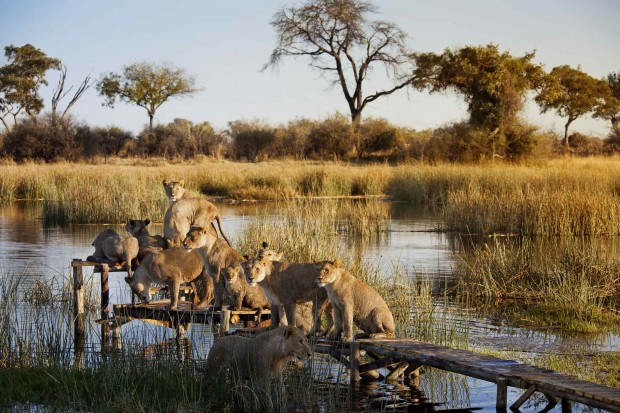 The Selinda Reserve is vast and only has four camps – these four camps are all ultra luxurious and committed to conserving the wild nature of the reserve and keeping it tranquil and unpopulated. Game viewing here is dramatic and unexpected, you never know what you might see as you explore on foot, on horses, by day and night game drive, by canoe or by boat.

This forested range of mountains North of Laikipia is wild as wild can be. Around every corner there’s a buffalo, elephant, lion or leopard which you may or may not see. Walking safaris from Kitich Camp are some of the best in the world, and Sarara Camp also offers a wonderful insight into this area. Star gazing here is also second to none.

Wolwedans Private Reserve is South West of Sossusvlei and feels like the end of the world. There are several ultra luxurious camps spread over a vast area made up of stunning desert and mountain ranges, which glow purple out of the red sand. The light, colours and sun here are something to be awe struck by.

Tswalu is based in the Kalahari, meerkats, black maned lions and all. This ultra chic property is a ten hour drive from civilization and an hour and a half light aircraft. You really are in the middle of no where. The lodge is impossibly luxurious and incredibly spoiling and you will be staying in one of Africa’s best properties, as well as one of the most interesting areas.

So you can still get off the beaten track in Africa, with some determination and usually an acceptance that often the best places take a little bit of travelling to get to.