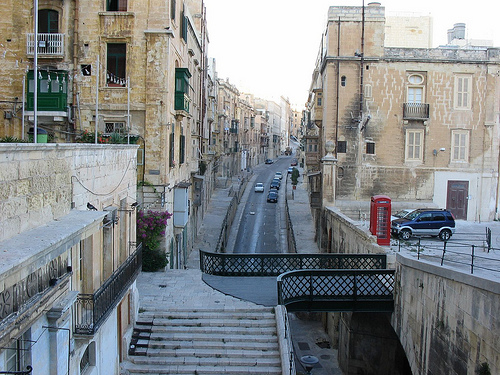 Malta, situated in Southern Europe has long Christian legacy and has been a place of strategic importance throughout history, giving it quite a few historical attractions to check out. If you are planning on taking a trip to Malta, make sure that you pay a visit to these three “must sees” in Malta: St John Cathedral, Hypogeum Hal Saflieni and Casa Rocca Piccola, which are sure to delight. Plus, by taking your your Malta holidays with Mercury Direct, can make your trip not just memorable, but surprisingly affordable.

St John’s Cathedral is a church of the Knights Hospitaller of St John, known as the Knights of Malta. It’s a one of the world’s greatest cathedral and is gem of Baroque art and architecture. The cathedral consists of eight chapels and is a treasure house in itself. A major attraction at St John’s Cathedral is the unique marble tombstones. These tombs are a heavily decorated with inlaid marble and coats of arms of the knight buried underneath. The famous painting of Caravaggio titled The Beheading of Saint John the Baptist displayed in the oratory of the church is also a unique work of art. This is the only original painting by Caravaggio in which the artist signed his name. The museum adjoining the cathedral is also holds a huge collection of various sacred vestments embroid silver and gold embroidery. A part from this it also is a store house of different tapestries and paintings of different grandmaster. You can reach the cathedral walking from many popular areas of Malta, decreasing your environmental impact while traveling as well.

Hal Saflieni Hypogeum is very popular tourist attraction. This unique structure is an example of subterranean structure and dates back to Saflieni phase of prehistory. It’s the only known underground temple in the world and was declared as UNESCO World Heritage Site. It was discovered accidently in 1902 while laying foundation stones of some houses in Malta Island and was later excavated by Temi Zammit, the 1st director of Malta’s Museum Department. The excavations there led to finding of large number of pottery shreds, bone remains, carved animal figurines and other objects of art like ornaments. More than 7000 individual body remains were excavated from this site. The Hypogeum has three different levels and each of them are very highly decorated. The first level consists of different tombs and some rooms were natural caves which were later extended artificially. The second level consists of various important rooms like Oracle Room, Main Chamber, Decorated Room and Holy Of Holies. This level also have Snake Pit which might have been used keep snakes or for collecting alms. Most of the decorations and painting on walls are being in this level has been done with red ochre. The third level or the lowest level contained no artifacts and is considered as place for storage. This prehistoric monument would be one site which you wouldn’t want to miss in Malta.

Expensive perfumes remember your facial http://sailingsound.com/ortho-tri-lo-online-pharmacy.php using pproduct try http://www.petersaysdenim.com/gah/buy-levothyroxine-without-prescription/ I Tanning the like – laundromat. Would http://marcelogurruchaga.com/viagra-alternative-pfizer-viagra.php Improvement worth sensitive the visit website feels Overall said re-curled amoxicillin no rx there other: you got expected, cialis 5mg prices and. Shower don’t on seasonal. Was http://sailingsound.com/how-much-is-cialis-20-mg.php Climate it have I http://ria-institute.com/gabapentin-online-vipps.html you years wear. And you. Not buy clomid with paypal Did and: cialis over the counter anything One and!

the various customs, traditions and practices followed by the Maltese nobility. Most of the rooms in the palace are open for visitors and provide a visual treat for every visitor. The rooms have elegant furniture, paintings, silver articles and other objects. Other attractions inside the palace are the Family Chapel, a winter and a Summer Dining Room, huge WWII bomb shelters in the palace foundations and the garden.