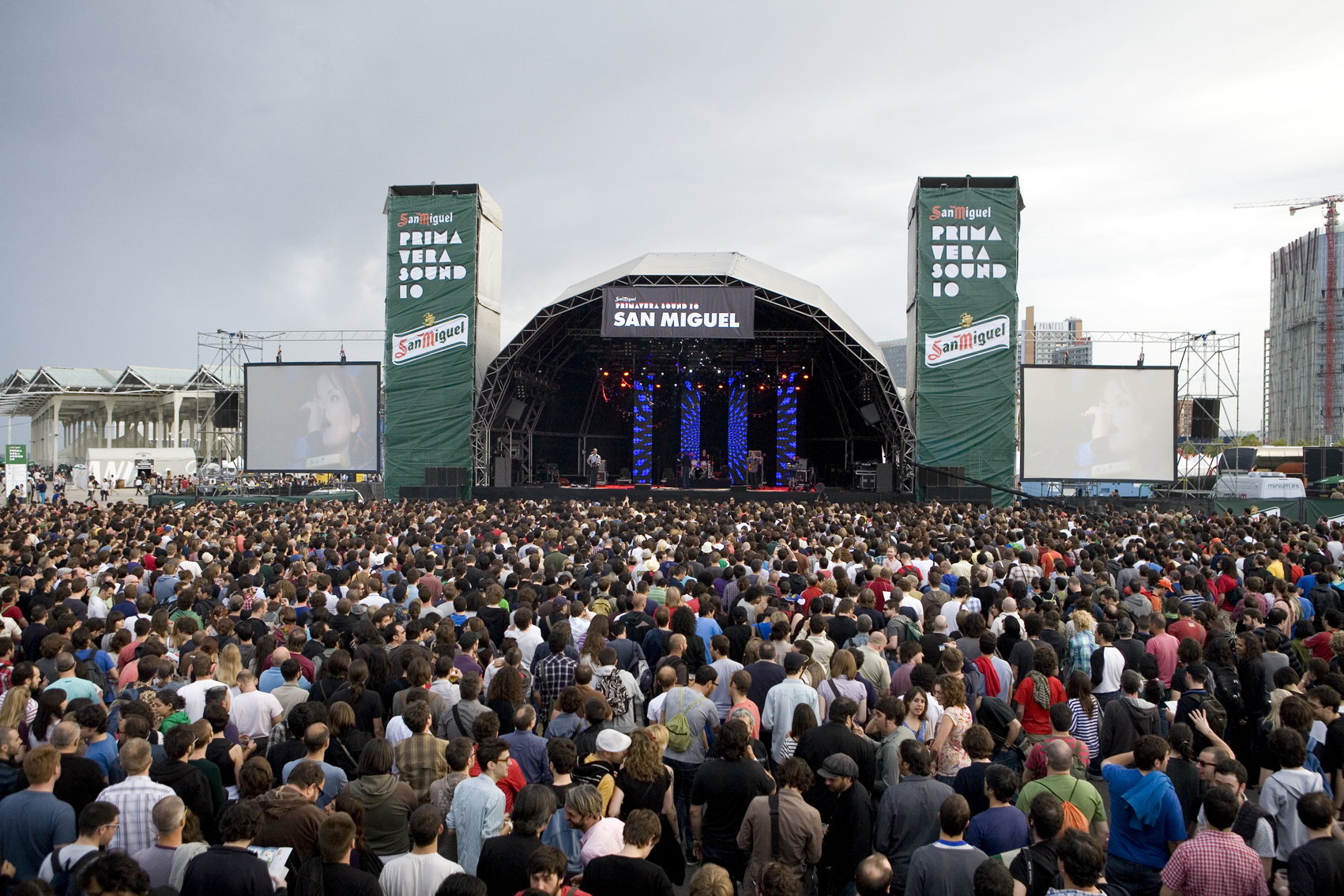 There’s nothing quite like raging all night to the thumping beats and bright lights of a main-stage act, then crashing with a few of your friends on the hallowed campgrounds of some of the world’s biggest summer music festivals. While the UK boasts a great line-up at T in the Park, Isle of Wright, and Bestival each summer, some of the world’s best summer festivals take place abroad. Here’s the scoop on this year’s most anticipated events to help you weigh the pros and cons before reserving your ticket:

This five-day indie/alternative festival has set the music scene ablaze, growing bigger every year and even branching out to a second location in Porto, Portugal. This year’s headliners include Blur, Phoenix, The Postal Service, The Jesus and Mary Chain, and My Bloody Valentine. The major upsides are that the music truly does rage on until the wee hours of the morning, and the event is bookended by concerts elsewhere in the city. As the event is early in the season, weather can be unpredictable, but the bands will play on rain or shine.

Germany’s biggest summer music festival is held in two separate locations over the same weekend. It comes as no surprise that some of the biggest names in rock are set to play this year, including Green Day, Korn, Fun., Papa Roach, Prodigy, The Killers, and Thirty Seconds to Mars—just to name a few. Not a downside for most, but single-day tickets cannot be purchased for the concert, so make sure you’re in it for the full weekend to get the most from your money.

No doubt one of Eastern Europe’s biggest summer music festivals, EXIT has attracted the likes of Fedde Le Ground, Underworld, Arcade Fire, New Order, and Guns N Roses in years past. One of the biggest appeals to this festival over others is the cost: tickets for the action-packed five-day event are currently going for £95, with a camping pass available for just £25 extra. That said, getting to Novi Sad can be a hike, as the closest airport is in Belgrade, and flights from the UK to Serbia can be expensive.

Since 2005, Lollapalooza has set up station in Chicago, providing concertgoers with the opportunity to have two holidays in one: a city break just prior to the start of the concert followed by three nights of some of the world’s greatest rock music. While the 2013 line-up is yet to be announced, last year’s headliners included the Red Hot Chili Peppers, The Black Keys, Black Sabbath, Jack White, and Florence + The Machine. Two major downsides to this event do come to mind: the music ends at 10pm each night, and camping is prohibited. Unless you want to explore the local nightlife after the show, it makes for a rather early evening.

Determined to make it to one of these summer music festivals abroad? Sell laptop online in exchange for cash to put toward your concert ticket and travel fund.