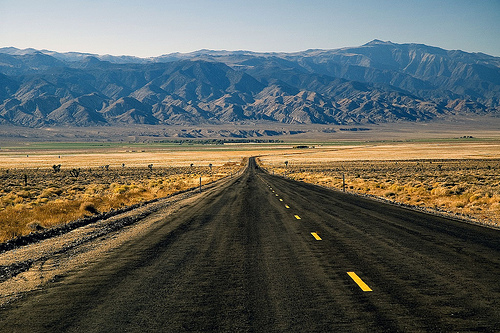 If I ever wanted to road trip through New Zealand and rented a vehicle from car hires like Drive Now, I expect their cars to be in tip top condition. Luckily for me, it’s 2013 and they are always will be, but take me back into the old world and this might not have been the case. We’d like to think that mass produced cars have always been safe, road worthy and reasonably good looking over the years, but this is not the case. To shake things up, I’ve hypothetically rented a parade of inconceivably dismal cars to take us on a fantasy road trip through the world.

We start our road trip in Russia, or the Soviet Union as it was known when the Lada Riva was introduced. Launched in 1970 as the VAZ-2101 in Russia, it was based on the Fiat 124. The car was reinvented (in name only) as the Lada Riva in 1980, and exported to Western Europe. Despite being awkward, ungainly and badly-made – even by Russian-car standards – the Riva was surprisingly popular. It was very, very cheap and boasted a roaring 58 bhp.

We now putter through to Eastern Europe, and on to Czechoslovakia for the Skoda Estelle. While Skoda has now made a name for itself in Europe offering affordable and reliable cars, things were slightly different in the 70s and 80s. The butt of many a joke, the Skoda Estelle was so badly made it had very few redeeming features.

What do you call a Skoda at the top of a hill?

How do you overtake a Skoda?

How do you double the price of a Skoda?

Fill up the tank.

But enough about Skoda, let’s move on to the country formerly known as Yugoslavia, the home of one of the best crappy cars ever made. The Yugo. Similar to the Lada Riva, the Yugo was based on the Fiat 127, and was the ultimate in inferior craftsmanship. It would break down, parts would break off, and it’s been said it even had a rear-window defroster to keep your hands warm while you pushed it. Not a promising feature.

A quick stop-off in former East Germany for the Trabant – the two-stroke, ear-splitting, plastic-covered, carbon monoxide-producing smoke monster that gave communism a bad name – then on to France for the Renault Dauphine. Like the Trabant, the Dauphine was designed post-WWII in a world hungry for cars. Lowered standards meant Renault could get away with this disaster – dangerous, junky, and 0-60 in a mere 32 seconds.

Jump on the car ferry up to the UK, and the Morris Marina and Reliant Robin await our arrival. With handling like a skip on wheels, the Marina had shocking build quality, and was notoriously unsafe and unreliable. As for the Robin, it only had three wheels. Enough said.

Another car ferry, this time over the Atlantic, and we arrive in the United States, home of a good number of crappy cars. The Ford Pinto stars in pretty much every crappy car list, and for good reason. Apart from being ugly, the car was also a death trap. With the fuel tank placed behind the rear bumper, the Pinto had a tendency to explode when bumped from behind. Yes, we can’t believe it either.

Another regular entry on the crappy car list is the AMC Pacer. Apart from being voted as having the worst car design of all time, the Pacer was also blessed with terrible build quality and cheap materials. The Hummer H2 is another doozy from the US – not for its build quality, but for its very existence. With a 6-litre V8, an overtly militaristic style, and its arrogant size, it is the very essence of overkill and environmental disregard.

And so ends the road trip. While it would have been great to see more of the US (the Chevy SSR, the Lincoln Blackwood, and the Pontiac Aztek), and Japan (the Suzuki X90 and the Nissan Murano CrossCabriolet), they’re just going to have to wait until the next road trip.