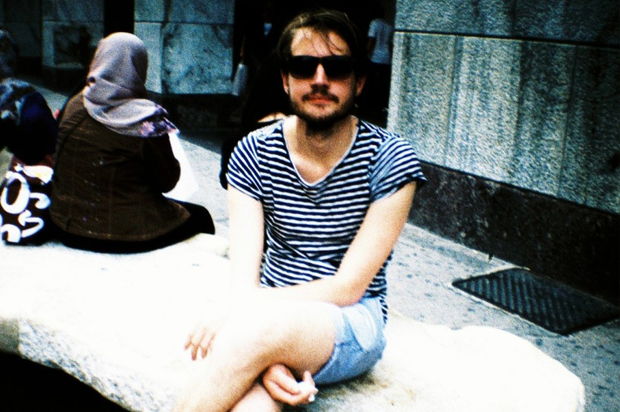 Will Peach is the co-founder of DontFlyGo and The Gonzo Traveller network. Since 2006 he has lived in the USA, Vietnam and now Spain, where he travels and works.

This is going to shock people and throw a spanner in the works of any image I had of having a “jet set lifestyle”, but in 2011 I flew a grand total of four times. That makes me pretty well-qualified to be spearheading this, my new site, all about overland travel and avoiding pesky airlines and airports as much as possible, me thinks!

In reality I’m more focused on the element of the “exciting” in overland travel as opposed to its environmental benefits (but the site will of course focus on both). I hope that DontFlyGo will actively encourage travellers to reconsider flying half way across the world and instead spark them off into thinking more about alternative means of travel.

The idea was born out of a road trip I took late last year across Spain with a bunch of friends. I’d forgotten that feeling of wonder, stopping off at backpost bars and villages and marvelling at the countryside as we rode along. That celebration is something I hope this site will go on to encompass.

Oh and those four flights? London return tickets to Italy and Spain respectively!

I can remember this very clearly. Back in 2007 I travelled from Talinn, Estonia, right on down to the southern part of Russia, to a beachside resort called Anapa. I stopped off in St.Petersburg for a night but the whole journey took three days in all.

I was stuck in a cabin with a Russian family travelling down for their summer vacation. Not being able to communicate, we passed a bit of vodka around and I laid on my bunk wishing the smell of faecal matter from the toilet behind would slowly disappear. Needless to say it didn’t.

I do remember reading two cracking books on that route though. The first was Thomas Hauser’s ace biography of Muhammad Ali, the second was a novel by Irene Nemirovsky called Suite Francaise.

I discovered that in three days you can do an awful lot of reading.

I do love myself a good train ride but I’m going to pip for the car in this instance as I really dig hitting the tarmac with the stereo playing good music at full blast.

Obviously if your car is a bit crap (remember my old Fiat Punto and Renault Clio here) it might not be as enjoyable. Listening to Pulp’s Different Class on repeat though makes up for any lurching gear changes or roadside breakdowns.

The best has got to be an overland ride all over Java, Indonesia. Like most I started out in the hectic Jakarta, which I found a little dull to be honest. From there I caught a train and headed for the amazing Jogajakarta – one of my favourite cities in Southeast Asia for sure! The graffiti and street art in this city is probably the best in the world. Just avoid the batik shops if you want to keep sane.

After Jogja it was on to the volcano of Borobodur where I got extremely itchy eyes from all the people riding donkeys over its desert-like plains (I’m delicate like a flower when it comes to animal fur).

The trip ended up at a ferry crossing into Kuta, Bali. But, as one very highly-attentive writer pointed out to me at the time, travelling across a body of water can’t be counted as “overland”. I still don’t know where I stand on this!

Probably the train ride I made in my first two weeks of living in Vietnam from Ho Chi Minh City up to Hanoi. Where most sane people forked out the extra Dong to get a sleeper cabin I was feeling pretty tight and slummed it on the benches in the back.

All I remember of that journey is watching the clock, praying it would end soon and that the Vietnamese lady with gnarled toenails would stop resting her feet on my naked knee.