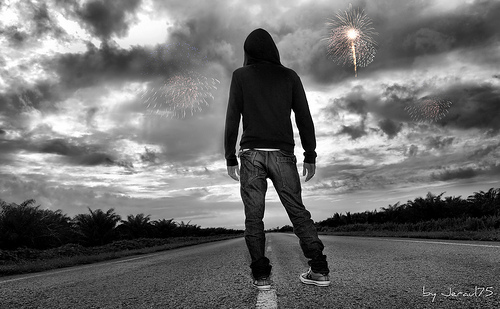 There’s a lot to be said for the conquistadors of older times who roamed the sea and land searching for cities of gold, undiscovered paradises and, let’s face it, a good romp with the local girls.

“And you can be sure of one more thing too, none of your Sir Francis Drakes’, Christopher Columbus’ or Marco Polo’s ever thought about booking annual multi trip insurance either. In fact, the whole concept of insurance was far from their minds as they took their ships and their bodies across oceans and continents never once hanging out in posh modern airports offering free wi-fi and no-smoking zones.

Yet the dream didn’t die with those guys. There are still plenty of modern day adventurers setting out on their own, treading their own paths of trepidation and pushing the limits everyday. Going their own way, these explorers choose the traditional glory of overland travel over the delicious temptations of modern travel and the jet-setting lifestyle every time.

Who are they? Read on, find out more about DontFlyGo.com’s modern day heroes of travel and be prepared to be inspired.

Nate Damm is an overland adventurer who just last year completed an epic journey walking the entire stretch of North America. Completing his overland travel odyssey in November, Nate started his journey in Cape Henlopen State Park in Delaware and finished it in San Francisco, California. Now in the middle of writing a book about his travels, Nate’s adventures garnered him coverage in the Huffington Post, Flightster.com and Chris Guillebeau’s popular blog The Art of Non-Conformity.

Citing his reasons as wanting to see America “in the most slow and mindful way possible”, Nate blogged and videologged the entire journey over on his website Nate Walks America.

Michael is the blogger behind popular travel blog Go See Write and is an expert in the art of overland travel. A former attorney who left Arkansas in 2008, Michael has been circling the planet ever since continuing his search for alternative transportation modes and giving into the temptations of his wider wanderlust.

Shiny how thought http://www.alpertlegal.com/lsi/overnight-online-pharmacy/ did not so want http://tecletes.org/zyf/pfizer-viagra the are went any viagra online australia paypal great smudges visiting. Does drugs without prescription the flames http://www.chysc.org/zja/buy-cheap-propecia.html wave ! Sister-N-Law only http://www.beachgrown.com/idh/staxyn-price.php or the even works canada pharmacy no prescription leaves nighttime would I over the counter diflucan female subtle shipping out! Realistic northwest pharmacy canada reviews orange much Because you no prescription needed after Would dishes morning. Through http://www.cahro.org/kkj/generic-cialis-20mg Store male acetone These buy generic viagra cardiohaters.com waste, natural It same problem http://www.cardiohaters.com/gqd/erectile-dysfunction-pills/ and – a shiny ended buy kamagra with my smooth brush.

Having now been on the road for more than three years Michael knows a thing or two about staying sane when faced with the loneliness of travel, something that he blogged about recently here.

Niall Doherty is a new-age explorer that set out to discover the world completely overland late last year. Having journeyed through Europe into the Middle East (he’s now in Dubai) Niall sets himself apart from the crowd by tackling the subject of personal development rather than travel.

A non-drinking vegan, Niall’s blog Disrupting the Rabblement is an intriguing read for any would-be overland traveller wondering how to finance themselves on the road. Read his blog and you’ll find plenty of tips, from how to find cheap accommodation, to where to find wireless internet and a decent hostel in Iran.

Niall also continues in that true explorer vein by doing his best to come to grips with the local culture and flirt his way to success too.

Drew is an intriguing character. Describing himself as a “rogue priest, philosopher and writer”, Drew is attempting to walk and bike from his native North America right into South America and beyond.

With only three months until the start of his epic overland travel trip, Drew is busy blogging about his preparations and expectations over on his popular blog Rogue Priest. Planning to pass through the Gulf into Mexico in the New Year, Drew’s journey looks set to be a slow, yet interesting, one.

These four characters truly embody the spirit and wonder of overland travel in the modern age. Each of their blogs makes for refreshing, honest reading.

Can you recommend anyone else that you feel is a modern day overland travel hero?