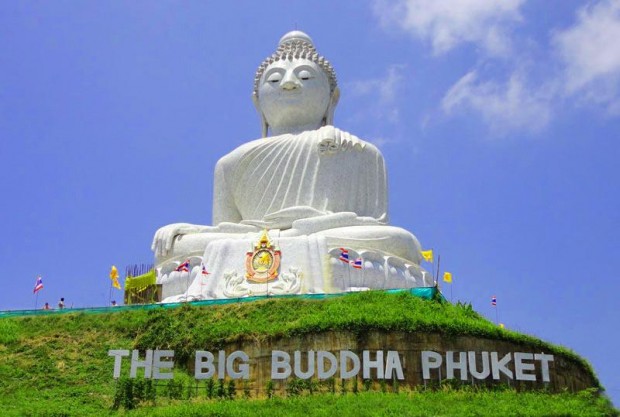 Thailand really is a backpacker’s paradise.

The flights might set you back a bit if you are travelling from Europe or America but the country itself has everything you could want. Hidden and secluded islands in the south, great beaches, busting and frantic cities and you are a stone’s throw away from travelling to the rest of South-East Asia. Once you get out of Bangkok the prices are pretty cheap too.

However there are usually some telltale signs that you have been to Thailand. We want to look at 6 things that show you have been to the nation that every backpacker needs to visit at least once.

You Have An Appreciation For Street Food

We know that some of the guidebooks tell you. Avoid street food at all costs. Who cares if it only costs $1 for a full meal, you will be spending 6 hour sessions in your hostels bathroom afterwards.

Although this isn’t the case. As any backpacker or traveller to the country knows, most street food is as safe if not more hygienic than many of the restaurants. The big plus is that you can see street food being made in front of you – that cheap restaurant might look OK but who knows what goes on in the kitchen through the back? If you want to see what types of different foods they have in Thailand, check out “Bizarre Foods” on Netflix, which specifically has an episode for the food of Bangkok, Thailand.

You Go Hunting For Chang Beer At Home

If you had to remember one brand from your time in Thailand then it would probably be Chang beer. Seriously there are ads and beer holders and the beverage itself everywhere in this country.

It is actually pretty good as well. Indeed, being a local beer it is cheap in Thailand and it has started to be exported around the world. A good sign that you have been to the South-East Asian country is spending a good hour wandering round various liquor stores and supermarkets to find the beer that optimizes the Khao San Road.

Buddhism in Thailand is a curious mix of traditional believes interwoven with local folk culture. However one thing is for certain, most of Thailand is Buddhist and you have probably thought about converting.

The Big Buddha of Phuket is 45 meters high and is South-East Asia’s own version of Christ The Redeemer. After you have been to Thailand you will start thinking of burning incense sticks and making worship in the name of Buddhism for even the most every day of things.

You’ll Greet People With A Bow

It can be a bit of a culture shock when you first get to Thailand. Not only is Bangkok crazy but the traditional Thai greeting is a bit different from our own.

Thai’s put their hands together like they are praying and give a quick bow of the head to greet someone. The thing about Thai people is that how they are perceived in public and their standing is extremely important to them – in fact it is probably the most important thing to some people. Waiing as it is known shows respect. Going into a 7/11 for the first time and having the cashier perform this greeting to you can be strange but you will start to pick it up – just ignore the funny looks you get when you do this after your return home.

You Question Every Girl’s Gender

We all know the stories of the Thai lady boys. They are no different than anyone else until you think you have pulled a great looking Asian girl to find out that the reality is somewhat different later on.

Expats of Thailand can generally spot the subtle differences but even some lady boys leave them baffled. When you get back home from Thailand you will start to question every girl’s gender as if you were in Bangkok again.

You Compare Every Event To The Full Moon Party

It goes without saying that the Full Moon Party is one of the most well-known gatherings in the world. It is for this reason that pretty much any party you attend at home will be dwarfed in comparison to this event.

Held every month on the island of KohPhangan the Full Moon Party goes from sunset to sunrise with a mix of dance, trance, reggae, house and drum and bass. The event is huge and is dominated by backpackers and tourists and when you do finally get home you will be let down by pretty much every party from then on. If you leave the party without a wild story to tell then you haven’t done it right.

Thailand is a diverse country. For backpackers and travellers it not only provides a wild side – think the Full Moon Party and the red light districts of Bangkok –but it also offers some of the best scenery and chilled out places in the world.

Backpackers travel everywhere but these 6 signs are a good indication of whether or not you have been to Thailand.

Sophie is currently writing for securethoughts.com and has a great guide on watching Netflix while overseas of you are travelling. Thailand blocks US TV shows like Netflix and hulu. Read their guide to find out how to access it when travelling.