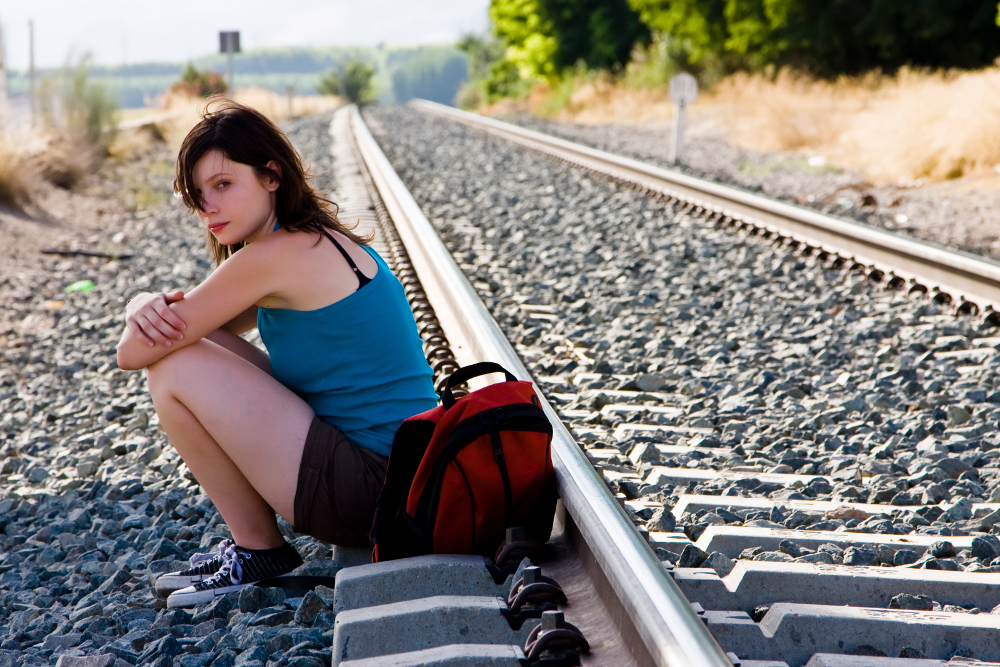 So you spend months – maybe years – saving, planning and discussing your big round the world trip, rocking the leaving parties, starting your blog, packing your stuff and doing the emotional goodbyes at the airport. This is it. You’re finally going. And you’re going to have the best time ever. But then you touchdown and something strange happens.

Everything is wrong. Very wrong. The world seems jarring. The smells are alien. It’s full of bizarre new noises and language you can’t process. You’re tired, disorientated. You feel anxious and panicky. All you want to do is get on your next flight. Or go home.

So what’s going on here?

Basically, your body is going into shutdown mode. It’s a bit like extreme homesickness – you’re missing emotional and physical constants like your friends and your home, plus any sense of familiarity or routine. It can happen whether you’re backpacking or doing volunteer work abroad.

I have direct experience of this phenomenon. When I flew into Rio de Janeiro at the start of one of my trips I completely freaked out. Brazil was a strange, confusing blur of humid weirdness. I felt sick and depressed. I wandered around the hostel in Rio being friendly but not really connecting with anyone. I essentially knew nobody on the entire continent. I was alone.

Culture shock is one of the least talked about negatives of backpacking, so why don’t we all talk about it more? Well, for a start it’s a huge downer – something bad that you’re happy to file away in the darkest corner of your brain.

We’re also scared of worrying people back home. We’re afraid that we’ve ‘failed’ at backpacking. We’re terrified that the whole trip – and possibly a year or more of saving – was an epic mistake.  New cultures can be strange and alienating.

The good news is that the culture shock doesn’t last forever. It might take a few days or a few weeks, but eventually you’ll get through it. How? By getting familiar with your hostel, your arrival city and your fellow backpackers. You get to know people and make friends.

If this doesn’t happen the thing to do is move on to the next town / city – but not the next leg of your round the world trip. And certainly not straight home again. Don’t give up so easy! If things are still not working out, it might be that you’re not suffering from culture shock at all, but straight up culture dislike. Maybe whatever country you’re in just isn’t your bag, in which case there’s genuinely no shame in drawing a line under it and moving on.

I guess the crucial thing here is to properly give a place a chance before moving on. You need to establish whether you don’t actually like the country or are just hitting the culture shock wall. You don’t want to regret missing out on somewhere awesome because the first 48 hours were so hard you skipped the rest of it.

The steps to coping

But what else can you do to help prevent or manage culture shock? Well, first and most obviously, you should prepare yourself that it might actually happen – naivety can just kill you as a newbie solo backpacker.

Secondly, if you’re really worried about hitting the culture shock wall or think you might be the ‘type’ to suffer from it, why not make a strategic first-stop decision? Instead of starting your trip somewhere alien and unfamiliar, go for somewhere with a ‘European’ feel; swap Johannesburg for Cape Town, or Rio for Buenos Aires. Ease into backpacking at the shallow end rather than diving in headfirst at the deep end. Meet people, make friends, travel together.

Thirdly, be honest with those close to you about how you’re feeling – you don’t want to make snap judgements in your own isolated bubble; chat to your close friends and family and decide how to move forward. Maybe even talk openly to travellers if you feel comfortable with them – they might have experienced the same thing just a couple of weeks before! And if you really can’t bring yourself to speak to people face-to-face or over the phone then jump on some online message boards; you’ll get sympathy, empathy and tons of advice.

There’s no magic pill to avoid or get over culture shock, but maybe some of the tips on this article might help you. And remember, although you might eventually bury the bad memories and focus on the happier stuff, the negative bits of backpacking – like culture shock – are character-building and an important part of the whole experience.

Getting over culture shock is ultimately something to be proud of. You’re challenging what you think you can do and you’re getting through it. You’re not giving up. You’re being independent and self-reliant and learning how travelling can give you confidence.

And that’s just one reason that backpacking is a great idea.

Andrew Tipp is a writer, blogger and editor. He’s spent more than a year backpacking and volunteering around the world, and has previously worked as a travel editor for gapyear.com. His favourite places are South America and southern Africa.