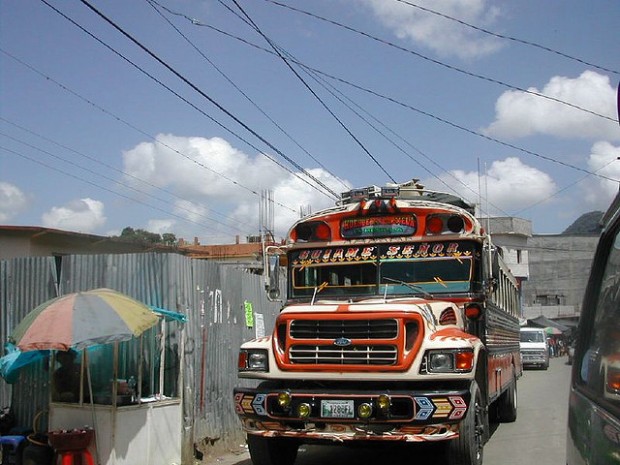 Using public transportation is a sacred tenet of many travelers. Foregoing creature comforts to shove your way into a dilapidated bus, rickshaw or boat, packed shoulder to shoulder with locals, goods and livestock sounds like a nightmare to some, but it’s the stuff of adventurous backpackers’ dreams. Safety is questionable and comfort is minimal, but you’re on the open road, seeing the country as only local public transportation will allow. Check out some of the world’s most juiced up and blinged out buses and start planning your next overland journey.

Crazy Buses of the World: The Chicken Bus 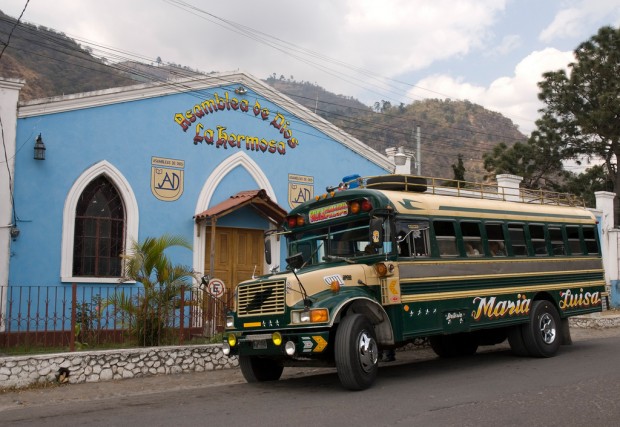 The Chicken Bus (camioneta in Spanish) is legendary in Central America. Found mainly in Guatemala and Honduras, chicken buses are refurbished classic yellow North American school buses that have been gutted to fit as many human beings, livestock and the titular chickens on it as physically possible. Kicking up dust and spewing black clouds of pollution as they careen through town, the maniacally colorful paint jobs ensure that no one will be missing your bus, at least visually. Bags, livestock and whatever you can’t carry will have to go on the top, but if you’re paranoid (and thefts have been reported) you can pay for an extra seat for your luggage. Every square inch of space is used, though, so your bag may have to do double duty as a seat or a change table for a baby.

Crazy Buses of the World: The Chiva 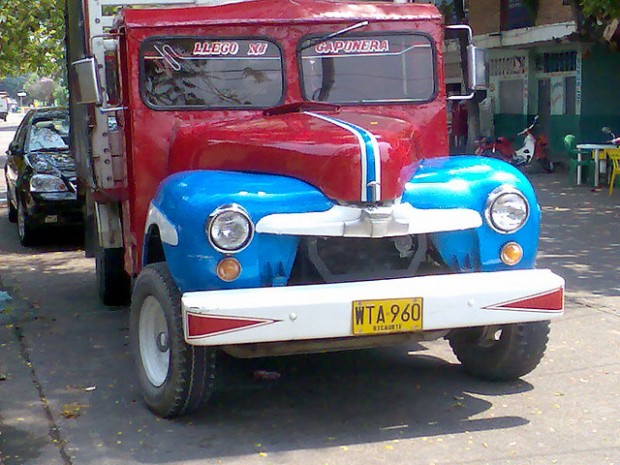 Our other Latin American entry is just as colorful as the chicken bus, but is typically modified from a truck or antique bus and built out of wood and metal.  Painted in a unique pattern with the blue, yellow and red colors of the flags of Ecuador and Colombia, where they are found, the buses usually include a ladder to the top deck which is used for carrying baggage and, when necessary, people (the buses are also called escaleras, after the ladders themselves). The buses were built in Colombia in the early 1900s by local engineers and mechanics and adapted to the necessities of transportation in rural areas. The Chiva has become a symbol of national pride in Colombia and are still used in the most rural and poor areas, but are now being replaced in most areas by newer minibuses. Many refurbished models are now being used as tourist party buses complete with disco lights and club sound systems in larger cities.

Crazy Buses of the World: The Jingle Truck 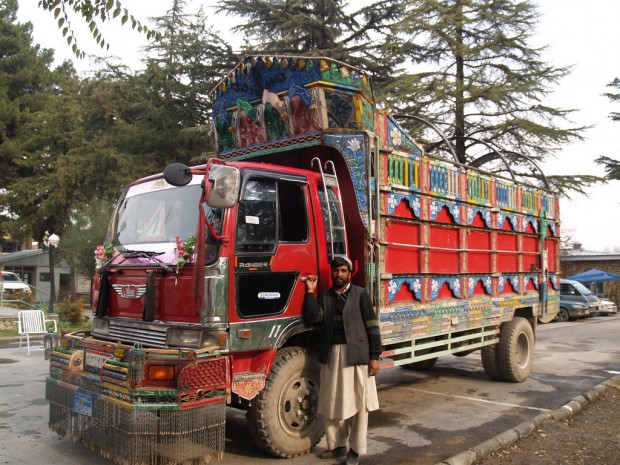 Across the Atlantic, all the way into the Middle East, another form of artistic vehicular expression takes place in Pakistan, Afghanistan, and a few other areas around the region. Known as Jingle Trucks primarily by U.S. and British military in the region, the vehicles are heavily modified and generally have chains, pendants and noisemakers dangling from the front and back bumpers. Each vehicle is styled by the driver and decorations include calligraphy, added mirrors, carvings, chrome additions and painted scenes. Most of the altered vehicles are trucks, not buses, but hitching a list in one of these would be a public transportation experience to remember.

Crazy Buses of the World: The DalaDala 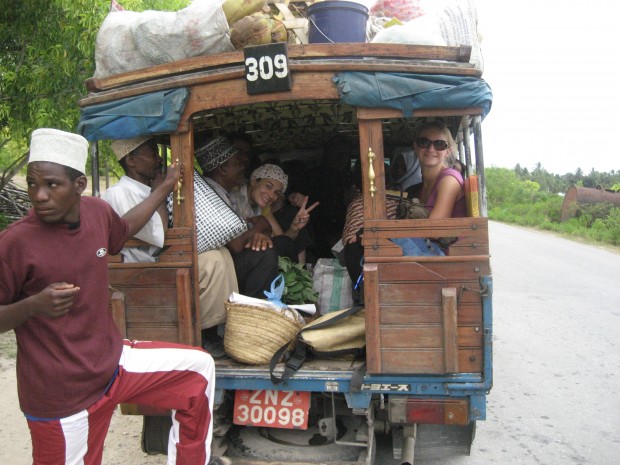 Halfway down the African continent, Tanzania’s entry makes up in insanity what it lacks in décor. The daladala’s name is likely a bastardization of the word dollar, as in “give me a dollar dollar!” shouted by the conductor. There are two types: the minibus or the truck. A truck daladala, more popular in rural areas and on the island of Zanzibar, is a typical pickup truck with two benches in the bed. What makes daladalas on this list is the sheer lunacy of trying to get on one in Dar es Salaam or other large centres. Anyone expecting an orderly line doesn’t have a chance in hell of getting on. Get your elbows out and try to get in before the bus fills up from the people jumping in through the windows, or consider hiring one of the several strong young men hanging around nearby who will take you by the hand and muscle your way into a seat. Be prepared to sit on the floor or on a lap if necessary.

Crazy Buses of the World: The Jeepney 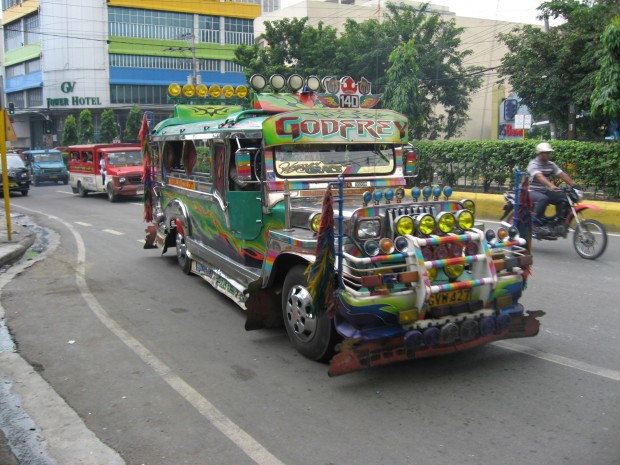 Moving over to the Philippines, we have the Jeepney. Like the Chiva, the Jeepney has become a popular symbol for Filipino culture since being developed from U.S. military jeeps sold or abandoned in the country after World War II. The jeeps were stripped, gutted, and altered for additional seating room and, of course, ostentatious decoration by means of chrome-plated addition and gaudy paint jobs. Modern Jeepneys are now modeled on the original World War II jeeps and made locally in multiple different styles from Japanese parts. If you want to ride one of these juiced up jeeps, do it soon, because environmental concerns and lack of passengers mean the classic Jeepney may soon be going the way of the dinosaur.

Seen anything crazier on your worldly travels? Share your comments below…