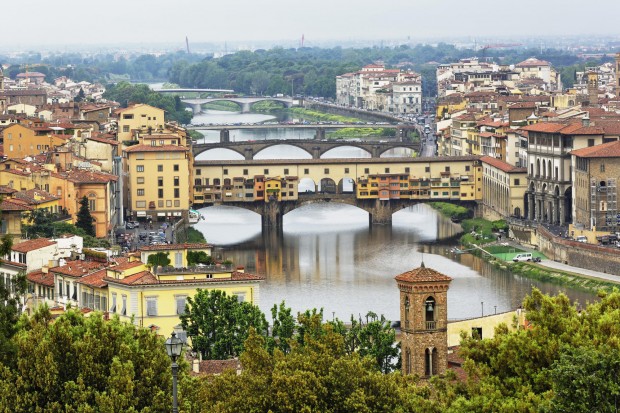 A week hardly seems long enough for adventures in Europe, but if you’re determined to try, then the following are some amazing destinations for adventurers of all ages.

Be A Culture Vulture in Florence

Florence is amazing, there’s just no denying it. From the delicious Tuscan wines and cheeses on sale in the mercato centrale to the Renaissance art and architectural marvels of the great city, Florence is the perfect place for adventures of the romantic and cultural kind. As a tip, buy the Firenze Card as it lets you skip the (frequently hours-long) queues for the Uffizi and the Accademia, and means you don’t have to pay separate entrance fees for each attraction. When you’ve seen Michelangelo’s David and da Vinci’s Adoration of the Magi, cross a bridge over the Arno and watch the sun set over the city from the Piazzale Micelangelo- bellissima!

If you want to stay up all night and dance like a thing possessed, there’s hardly a better city in the world to do it than Berlin. The Berghain has a famously strict and mysterious entry policy, but if you can get past the fastidious doormen, you’ll dance the night away in once of the world’s best clubs, based in an abandoned power station. If you can’t get in, or want something a little less hectic, a smoky, trendy, fun bar such as Barbie Deinhoff’s in the formerly-run-down-but-now-very-cool Kreuzberg district will provide plenty in the way of nightlife adventures in Europe’s capital of cool.

Be Spiritual in Spain

The Camino de Santiago is an ancient pilgrims’ walk which begins in southern France and crosses the length of northern Spain. You don’t have to be devout to do it, though, but it does provide time for contemplation if that’s what you desire. Hostels along the walk are funded by the Catholic church, which means they’re free for anyone who can prove they’re performing the pilgrimage to Santiago. It’s undoubtedly a great adventure, you’ll meet lots of fascinating people, and it won’t cost a penny to do- you’ll just need to bring enough cash to pay for meals and drinks along the way. As with all trips away from home, make sure you’ve got the right travel insurance to cover you for all eventualities.

If you’re after a winter adventure, Budapest could be just the place. The city’s famous for its spas and thermal waters, and the Szechenyi Baths, based in a city park, even host club nights in their outdoor pools. Come here in the depths of the Hungarian winter- brave the snow on the ground in your bare feet as you jump into the naturally steaming waters, and relax in perfect comfort outside even when the thermometer’s below zero. Open year-round, the fabulous architecture of the city’s gorgeous baths means you’re guaranteed an aesthetic as well as a physical indulgence, and in summer some baths have outdoor wave pools.