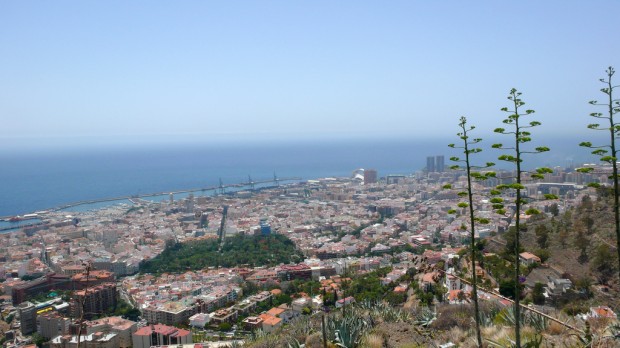 Not many people know Tenerife, one of Spain’s most popular tourist destinations, as a haven for eco-friendly activities and ideas. Yet, as those who have visited and enjoyed its rich topography can contest, its seriously on its way up as a top green destination.

Looking for some cool ideas of things to do away from sleepy beach-side loungers? Here’s what DontFlyGo recommends.

The Modern Marvel is a beautiful resort hotel that attempts to emulate the primitive past of the Spanish people who lived in the region. Opening its doors to the public (you don’t have to be a guest to use its facilities), you can see how people lived here years ago while indulging in all the luxury you’d expect from a top holiday resort. With pools cleansed using seawater, kitchens using only organically sourced produce, the entire hotel is taking large strides towards embracing green culture. Also worth a visit is the neighbouring San Blas Environmental Reserve, which opened just over a year ago and offers guided tours by ‘guanches’ (shepherds from North Africa said to be the first visitors to the Canaries).

One way to combat the eco-guilt of taking flights to Tenerife for some time off is to pay a visit to the Bioclimatic Village Tenerife. A uniquely designed habitation comprised of 116 luxury villas, everything used in the village is carefully produced and then recycled. Open to the public for special and private tours, the scientists behind it, making up the group refereed to as ITER, use the village as a base to conduct research into learning more about hot climates and how the people in the areas used to live.

Tenerife’s Anaga Rural Park gives you access to biking and hiking options in beautiful green surroundings that are considered some of the best in the Canary Islands. Whether you want to run, walk, or bike, there is a trail in Anaga that offers you the chance to do exactly that. Don’t miss the Path of Senses Trail, one of Anaga’s most famous and best loved spots for international hikers that offers stunning views of the mountain ranges beyond.

Tenerife is home to many pretty houses in rural outcrops that have, for the most part, made themselves self-sustainable enclaves independent of heavy fuel consumption. The Casa Rural las Piedras is one place that you can actually rent out during your trip. Sitting at the heart of a 2000-strong village, the house is close to Roman places of interest and Grazalema natural park.

Do you want to visit a place that has really gone green? Did you know that Tenerife has received numerous awards because of the eco-friendly lifestyle the entire place has made? There are many tourists who enjoy the green lifestyle and have made their way to Tenerife to enjoy even more eco-friendly attractions. By visiting Tenerife, you can see how those outside of the US and the UK have gone green.